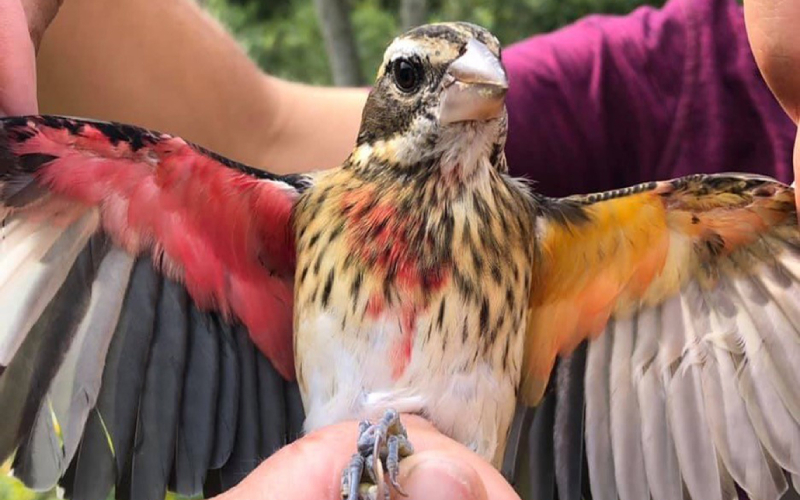 The researchers in Rector, Pa., spotted a strange bird. They saw a rose-breasted grosbeak with pink and black male coloring on the right-wing and yellow and brown plumage on its left side, typical of females. Annie Lindsay and her colleagues at Powdermill Nature Reserve spotted this half-male half-female creature known as the gynandromorph.

Annie, the banding program manager, said that it was spectacular to find this bird such a bird. She said that the bird is in the non-breeding stage. In the spring, when it is usually in the breeding plumage, it will be more starkly male, female. She added that its wings’ colors would become more vibrant, and the line between its male and female side will become very obvious.

Lindsay confirms that such birds are scarce to be seen, and the last time she saw such a bird was around 15 years ago. There is a difference between hermaphrodites and gynandromorphs as the former also has genitals of both sexes, but the latter is entirely male on one side and female on the other.