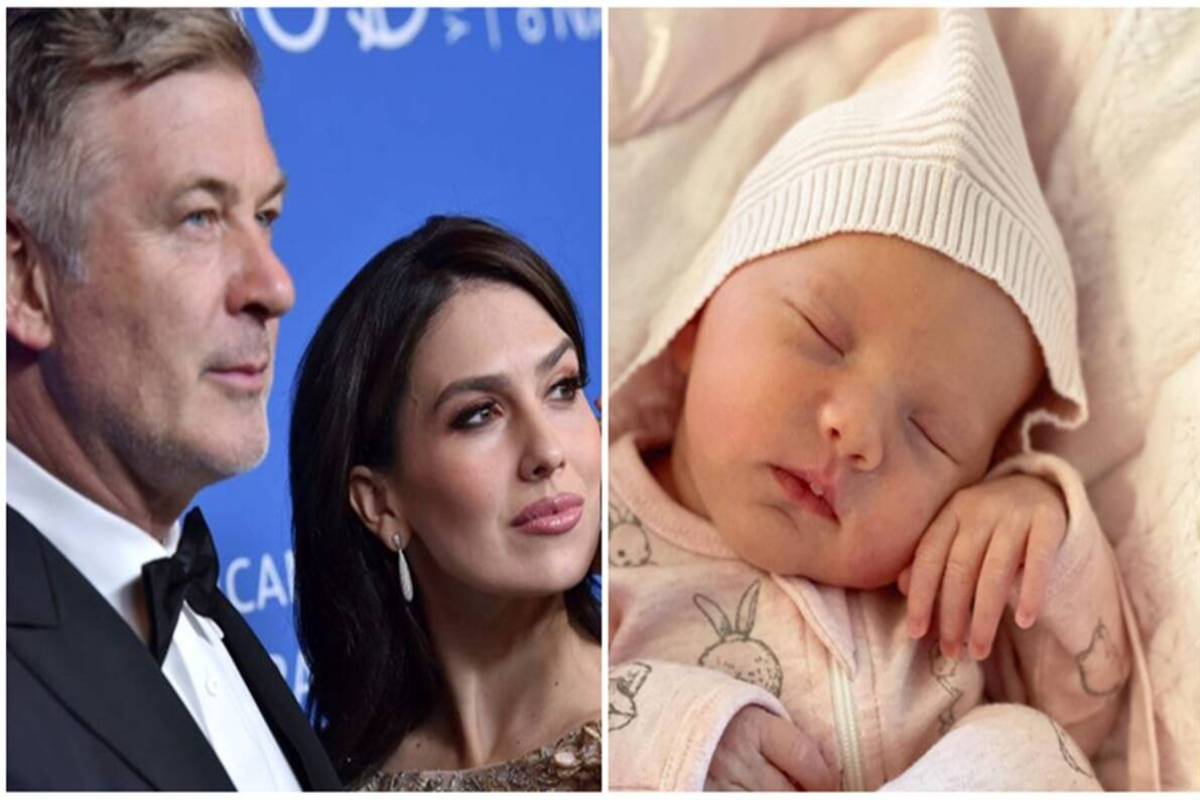 The couple surprised their fans on Monday when they shared a picture of them with their sixth child, ‘ a baby girl’ that caused a speculation about the timing as their fifth child was delivered in September 2020.

The Hollywood star Alec Baldwin and his wife, a yoga instructor Hilaria Baldwin welcomed a baby girl, their sixth child, just 5 months after they gave birth to their fifth child Eduardo. The newborn is named Lucia. Hilaria posted the picture on Instagram and captioned it as “a dream come true.” “We are so in love with our daughter, Lucia. Just like your brothers and sisters, you are a dream come true,”

Just a few minutes later, Alec, too, shared the picture of the baby and wrote “Blessed.” On Monday, fans of Hilaria were shocked as she shared her picture with the newborn baby and the older siblings. She captioned this picture, that Alec took and wrote “7” with a red heart emoji.

The couple has seven-year-old Carmen, five-and-a-half year-old Rafael, Four-year-old Leonardo and two-and-a-half-year-old Romeo. Alec Baldwin also has a 25-year-old daughter, Ireland, from the previous marriage to the actor Kim Basinger. A source has confirmed to Page Six that the couple hasn’t given an insight about whether they adopted the child or went through surrogacy which is speculated highly on social media. “We’re still not issuing a statement or confirming anything — what she posted stands,” said the representative of the couple to the publication when asked for more details.

Irked by the comments made on Instagram about the pregnancy of Hilaria and Lucia, Alec snapped at his follower, asking them to mind their own business.