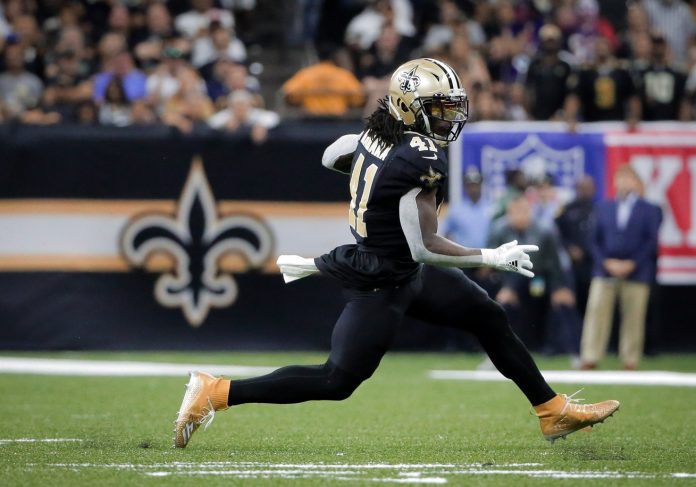 After being missing for 4 days from practice which was assumed due to some contract issue with the Saints, Now he is all back to the practice and ready to play like never before.

According to the reports by Jeremy Fowler of ESPN, he was also getting treatment for his back in this time of absence. Kamara was there in the practice on Wednesday.

Kamara’s Coach Sean Payton refused to talk about the reason for his absence or if he will be charged for his absence but he told that “We’re actively negotiating a contract with him and his agent, and we’ll keep you posted if there’s any progress.”

Coach Sean also said that it is very early to presume whether Kamara is playing or sitting out the season with the opening match against Tampa Bay Buccaneers on 13 September.

He said, “We’re focused on him being a part of our plan Week 1. Look, it was good having him back out here. I thought he had a good practice today, and he’s an important part of what we do.”

It is the final year of the Rookie Contract of Kamara and he is obliged to attend the training sessions. As per the reports he is not taking the contract seriously but the new Agreement by the NFL will make it difficult for Kamara to skip mandatory training sessions.

According to the contract, a player who is under the oath of contract has to mandatory attend the training sessions otherwise he will lose an accrued season.

Under the new contract, the Saints can charge Kamara upto $40,000 fine per day for being absent but now this condition is not valid on Kamara as he is still under a rookie contract. Nothing would affect Kamara and the Saints if they both enter the new agreement.

The Saints can lose Kamara as he can play two roles one is of a runner and the other of Receiver. The Saints are also agreeing to make a long term agreement with Kamara despite having salary-cap issues. The actual problem is its pricing for extension whether it will be similar to Joe Mixon $12 million per year or to Christian McCaffrey $16 million per year.