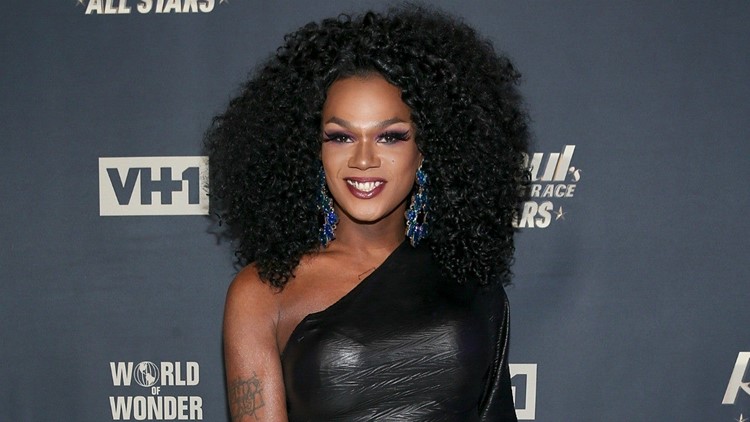 Zavion Davenport who goes by the name of Chi Chi DeVayne after completed 2 seasons of RuPaul’s Drag Race took her last Breath Yesterday.

A week before this DeVayne took her Instagram to inform her fans about her hospital visit and week later very sadly he is no more with us. DeVayne was diagnosed with Kidney Failure and that is also a reason for her Death.

Her family took her Instagram to inform the fans about this sad news. The post read- “It is with tremendous sorrow that my family and I announce the passing of my beloved son, Zavion Michael Davenport, the world renowned ‘Chi Chi DeVayne.”

With Heavy heart, her family told that her last words were “Never Give Up”

On Saturday Morning, DeVayne shared a Video Message for her fans from the hospital itself and said “Keep me in your prayers. I’ll be back soon.”

In july month DeVayne was hospitalised because of high blood pressure and some issue related to kidney failure. After having catheters places to the heart and surgically treatmnet of kidneys, the star got discharges from he hospital.

RuPaul in an statement to EW said “I am heartbroken to learn of the passing of Chi Chi DeVayne. I am so grateful that we got to experience her kind and beautiful soul. She will be dearly missed, but never forgotten. May her generous and loving spirit shine down on us all.”

When DeVayne was called to compete in Third All- Stars spin-off, she with immense talent got eliminated on the Fourth episode. In a statement to EW she previously told that “I was so stressed out and it got to a point where I was like, okay, I’m in the bottom every week. It might be time to go home and work a little bit more on my drag. I’m a real person, and I just felt it was my time to go. There was no reason to be sad or bitter.”

Apart from her appearance on Drag Race she was part of Dramedy Little America season 1 and also gave a guest appearance on the talk show Hey Qween.

After the death of Sahara Davenpost contestatnt of Season 2 of Drag Race, DeVayne is the second contestant to die.

Our Prayers and Condolences to the Family and Friends.