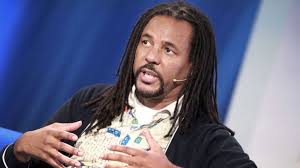 50-year old Colson Whitehead creates the history by winning the prestigious Pulitzer Prize for the second time. Pulitzer is the highest authority award given in Journalism and Art.

The African-American writer Colson won Pulitzer for his Novel “The Nickel Boy” published in 2019. That book gathered so much attention because of its value, it is also named in Time Magazine as one of the best novels. The novel The Nickel Boy was about the students who were victims of abuse and how they choose the path of redemption and dignity.

Calson is the Fourth to Win the award Twice

Colson is the fourth fiction writer who won the Pulitzer prize twice. Previous authors who have won the award twice is Booth Tarkington, William Faulkner, and John Updike.

Previously he won for his 2017 novel called “The Underground Railroad”. The novel was based on 19th Century slavery in America. The novel describes the attempt of the slaves to escape the web of slavery through the route of trains.

This year the ceremony for the prestigious award got postponed because of the ongoing pandemic Covid-19 and the award was announced online. Some took the twitter to share the news-