Bollywood has been unfair to Sushant Singh Rajput- Netizen Retaliate 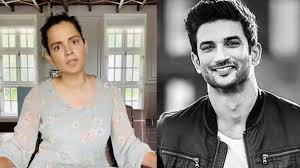 The Internet is flooded with hatred and anger these days. And this is because of the death of Sushant Singh Rajput, a young 34-year-old talented actor who was found dead in his apartment on June 14th. Everyone was shocked to hear the news that he committed suicide. Nobody knows the exact reason behind his early demise, but he was struggling a lot in Bollywood. Despite giving hit films in his short career, he was not getting that fame, and many Bollywood stars treated him as an outsider.

Many have started fight against Nepotism and Hypocrisy

According to the sources, even some of the production houses banned him. On the other hand, other actors took the roles which were offered to him. People on various social media platforms now understand that how the Film Industry works. Nepotism and hypocrisy play an important role in the industry. The famous director Karan Johar, who is well-known for launching star kids, has been blamed by the people for rejecting the talented actors and banning them from the big production house.

People from all over the nation, especially the young generation has started unfollowing many celebrities. And in the past two days, many so-called celebrities lost lakhs of followers. Whereas, there is an increase in the followers of talent actors, who made their name all by themselves. People are showing anger on social media by saying that they will boycott watching star kids films.

The true working system of the industry has been shown on the internet now. How can one prefer watching Gully Boy than Chhichhore? The latter was a far better movie than the former. Even then, the movie was not given any award or appreciation that it deserved. Moreover, Kananga Ranaut’s video made more impact on people. Her statements showed the true colors of Bollywood. Watch her full video

Now, let us wait and see what these celebrities will do without people’s support. May Sushant’s soul rest in peace? That smiling face will be missed. Stay tuned for more information.