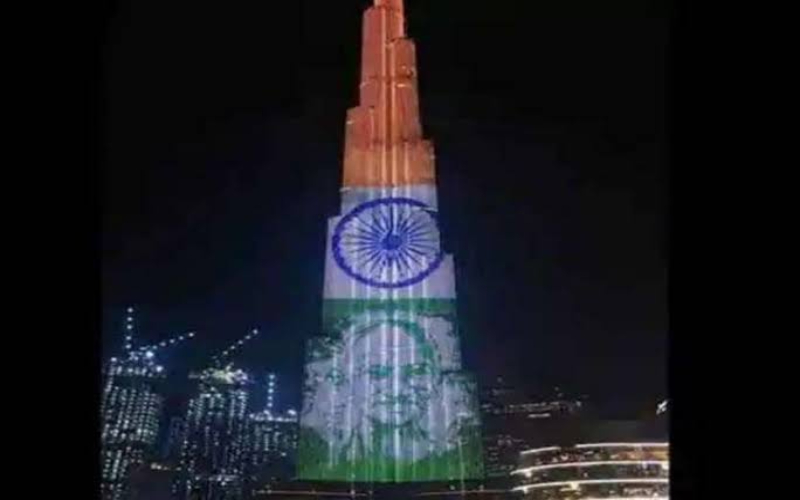 Burj Khalifa, the UAE’s skyscraper, was lit on Friday in honor of MK Gandhi, with a LED show. The show celebrated the 151st birth anniversary of the great leader.

The program had begun with Gandhi’s favorite Bhajan “Vaishnav Jana tho” tweeted the Indian Mission. It is noteworthy that October 2 is marked as the ‘International Day of Non-Violence.’ This is based on the strategy adopted by Gandhi against the British during his freedom struggle for India.

Along with the show, the consulate officials also held a cleanliness drive in the premise of the mission. The Indian Community has lent its support in planting 151 trees in different locations to mark the event.

The Burj Khalifa lighted up with Gandhi’s teachings, which he also practiced in his own life. Some of them were –”Be the change that you wish to see in the world,” “The future depends on what you do today.”