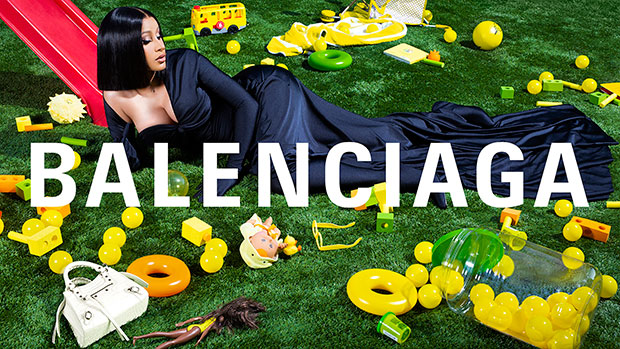 Good news for the Fans of Cardi B as she has announced her new collaboration with Balenciaga. Nobody can deny Cardi B Love for Balenciaga boots. She profoundly shows them off in her songs like “I like It”. And now in just a matter of time, she will be the new face of Balenciaga.

“Ya lookin at the face of a @Balenciaga campaign! I remember how I felt seeing myself on a billboard in NYC Times Square but PARIS! Wish I was there to see it in person!”

In the third photo, she was laying in the garden and around her was all children’s toys. Her Stunning Blue Balenciaga Gown was the main highlight.

The fans of the singer sent a lot of love through comments. Many have sent fire and heart emojis. Many like the way she is not bothered about her daughter’s toys being scattered all over.

Cardi B never disappoints her fans and always keeps them updated about her latest collaborations and work. On Instagram a day before she also shared Behind The Scene videos of her latest song WAP.