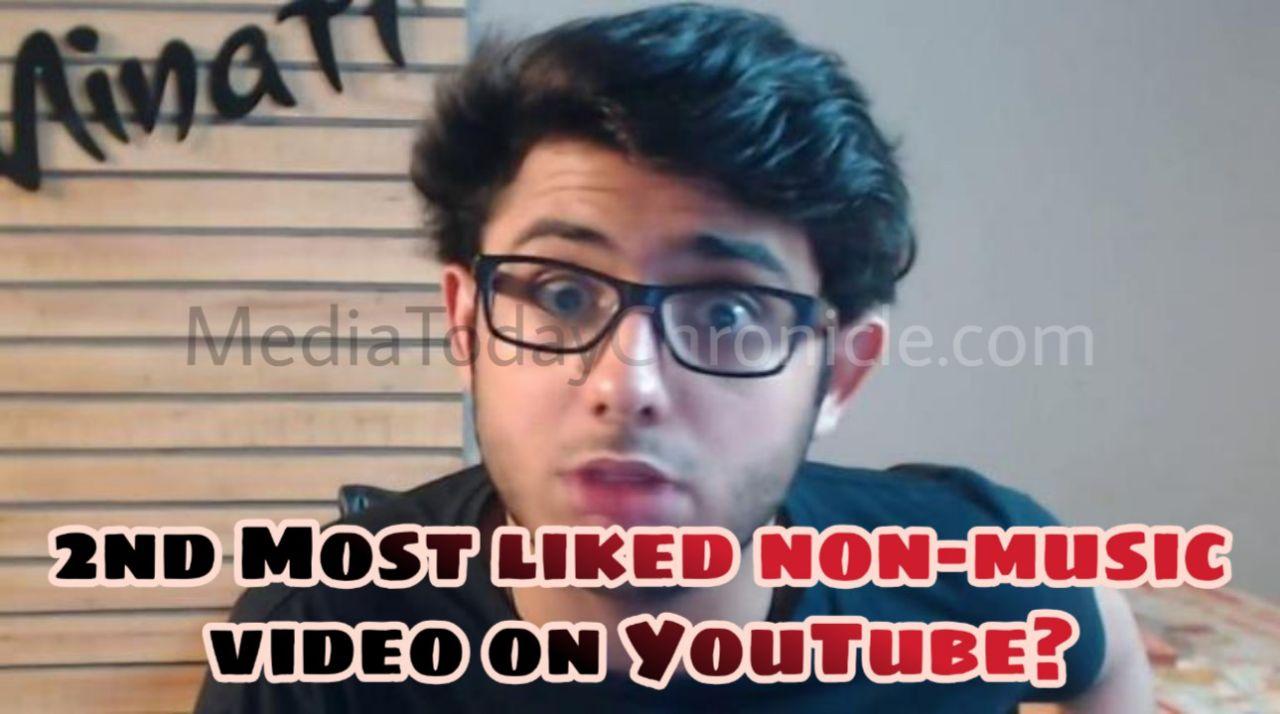 YouTuber Carry Minati has issued a statement after his video was pulled down by YouTube officials, classifying it as a cyberbullying and harassment act and misfit to the guidelines of YouTube. This brought outrage among the fans of the Roast King and of the entire YouTube community.

The video, produced in a roast format, was about the ongoing feud between YouTube and TikTok and was about to become the most liked non-music video of all time on the platform.

Carryminati uploaded a video talking about the video take-down, this video also seems to create a milestone as the video has 6.1 Million like with 712K comments and has crossed 30 Million views in just 22 hours after uploading.

Carry Minati, whose real name is Ajey Nagar, wrote that he is disappointed that the goal couldn’t be achieved, as it would have been an honor for all of India. He wrote that he looks forward to creating more content for his fans, for whom he is grateful.

Growing up all I ever wanted to do was making videos and entertain people. I started making videos since I was 10 – and I haven’t stopped since. I’ve given my hopes, dreams, blood, sweat – my whole life to my people on YouTube – A UGC platform where the entire content is built by users and creators like myself who somehow believe they can entertain millions of people irrespective of the access to resources they have. It is hard to accept this – but this video will remain banned and won’t be restored. This video had already broken several records and we were just a day away from saying that the most liked and the most popular non-music video on YouTube Globally belongs to an Indian Creator. Sometimes the biggest achievements become an easy target to be pulled down. Not getting enough answers can be the most disappointing situation to be in. Well, all I can say is it has been a very frustrating day. Thank you for all the love and support you guys have shown me. Life has repeatedly taught me and reminded me today that in the end, the only thing that matters to me is your love and my commitment to give that love back by entertaining and staying honest with you forever. Thank you all for being by my side. And I do see you ALL.”

In the video, Carry said that “Some people make wrong assumptions about what I said in my last video, I don’t know why my video has been removed from Youtube, I didn’t understand for which Dialogue my video had taken down. I’ve seen many articles and videos where meanings have changed of my every word and represented in a wrong way.

He added, “See guys, whenever we see a video or listen to something, we have to understand it with the whole context, if you read or see half of that context or statement or dialogue you can assume 100 meaning of that particular part. He explained The whole part with an example in his video.”

In the last of the video, he said, “I have seen many people translating my slang into Hindi to English and representing in a wrong way. Don’t represent your assumptions as a fact, try to understand the whole context.”

He had claimed that TikTok is an inferior platform, which restricts content creators’ time and imagination. He had pointed out numerous ‘flaws’ in Amir’s content.