Christo died: We lost another great artist to the Year 2020 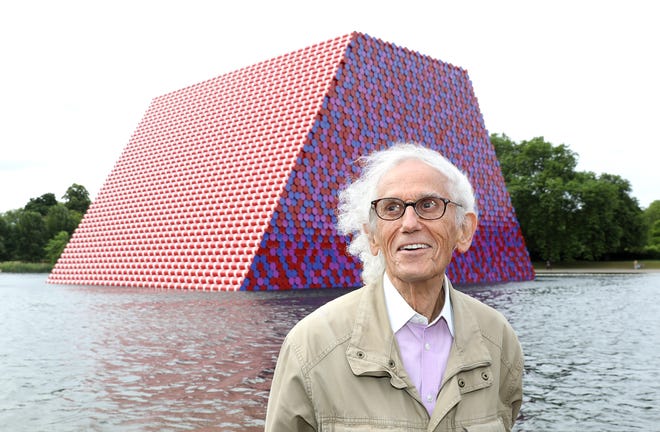 A great environmental artist Christo Vladimirov Javacheff also known as Christo, passed away due to a natural cause on 31st May 2020, at his home in New York. The famous artist was 84 years old. His death was announced by his office on Facebook. Before his death, he was working on another project, the wrapping of Paris L’Arc de Triomphe but due to the COVID-19 pandemic, the project was scheduled for the year 2020 is now postponed for a year.

Christ was born on June 13, 1935, in the city of Gabrovo, Bulgaria. He left for Prague in 1957 and then escaped to Vienna, Austria, and then to Geneva, Switzerland. In 1958, he went to Paris where he met Jeanne Claude Denat de Guillebon. This pair met in Paris in 1958 and got married in 1959. Jeanne Claude was also an environmental artist.

His famous Artworks were Running Fences and Floating Piers

Her famous artworks were running fences, the gates, and the floating piers. Unfortunately, she died at the age of 74 on November 18, 2009, in New York USA due to brain aneurysm. As she wished her body was donated to science, so, her dead body was added as a donation. Christo was a well-known artist, and people loved his work. Some of the best arts of Christo were The London Mastaba on London’s Serpentine Lake, The Floating Piers at Italy’s Lake Iseo, Surrounded Islands in Miami, Running Fence in California, Valley Curtain in Colorado and a lot more.

The husband and wife also worked on many projects together. There are many collaborations available in the market today. I hope we will soon see his latest project that he was working on. We lost a great artist but this artist will never die, he will remain in the heart of his fans because of his great works.

Kylie Jenner Removed from the List of Forbes Billionaires