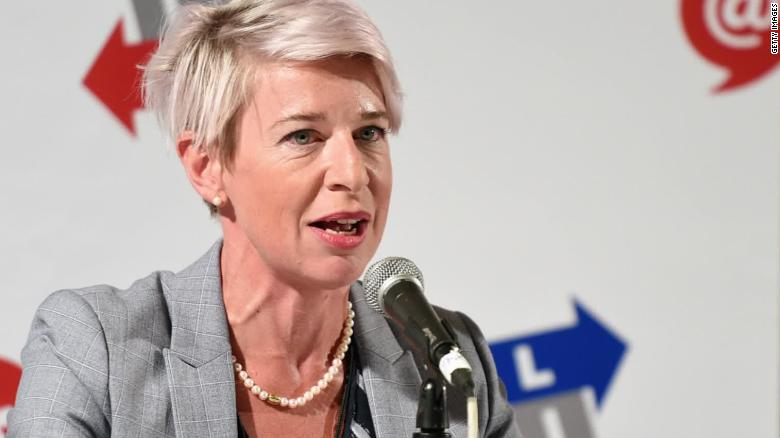 Columnist Katie Hopkins’ Twitter account was also banned before in January due to anti-immigrant views for which she is well known. She was suspended for a week in January. Hopkins was having more than one million followers on twitter and she was known for her outspoken views. Anti-racism campaigners not only called to remove her from tweeter but also accused her of the hateful language she used.

On Thursday evening all her tweets were removed from this social networking platform called twitter. But in all this issue twitter didn’t comment on why they had deleted all the tweets of Katie Hopkins. Katie Hopkins, full name Katie Olivia Hopkins. Katie Hopkins was born on 13 February 1975. She is an English media personality, a columnist, a social critic, and a former businesswoman. She also participated and was a contestant in Apprentice” TV show.

Katie Olivia Hopkin’s Father was an electrical engineer in the local Electricity Board and her mother was a bank teller. She was raised in Biddeford. She also attended a private convent school from age 3 to age 16. At this age, she also started playing the violin and piano. She loved the military and she also loved discipline. She, at her school age, wanted to be in colonial forces.