Deion Sanders will be new Head Coach at Jackson State 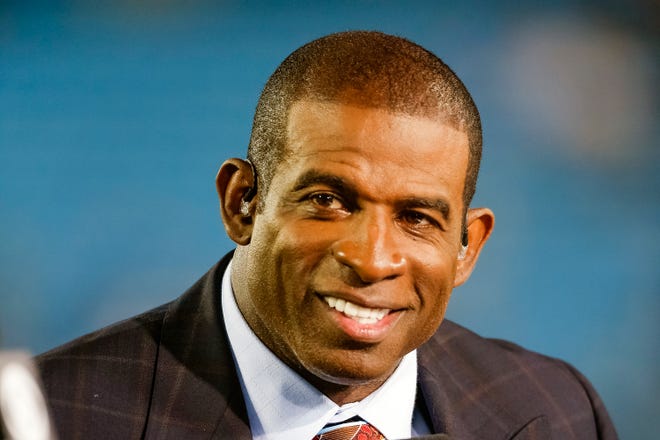 On Monday, Jackson State announced the hiring of Deion Sanders as the new head coach. Sanders would be the first person to be a Head coach at the College level. He also serves as a member of Pro Football Hall of Fame and he played many Major League Baseball in his NFL career.

Deion Sanders on the episode of “21st & Prime” while talking about the appointment said “God called me to Jackson State,” which was further transcribed by the Clarion-Ledger.

In a school statement released Sanders said “I am truly blessed to be the 21st Head football coach of Jackson State University. It’s my desire to continue this storied tradition and history of JSU and prayerfully bring more national recognition to the athletes, the university, the Sonic Boom of the South, and HBCUs in general.”

Robinson further added saying “Coach Sanders is student-athlete centred and cares about young men and their wellbeing beyond the football field. We expect to compete for and win championships at Jackson State, and Coach Sanders will help us achieve those goals.”

Currently, Sanders is serving as a Coordinator at Trinity Christian School in Texas. He will finish his term there and will join Jackson State in the Spring season Tournament.

According to the Transcription by Clarion-Ledger, the acting president of Jackson State Thomas Hudson said that the appointment of Sanders is Grace of God and also it is because of the past performances of Jackson State Football. Jackson state’s last season of winning was in 2013.

When asked about the reason for taking the job on the podcast Sanders seems to be in full agreement with Thomas Hudson. He further said “Why not? Isn’t this the time? Isn’t this the moment? Isn’t this what’s needed? To match what our president eloquently said, it’s a match made in heaven. This is a God move.”

Sanders is Replacing John Hendrick as a Head Coach at Jackson State.

COVID-19 or The Flu? Amid “Twindemic”. What do Doctors say about Symptoms?