Is Donald Trump using H1B visa as the Central Pitch? 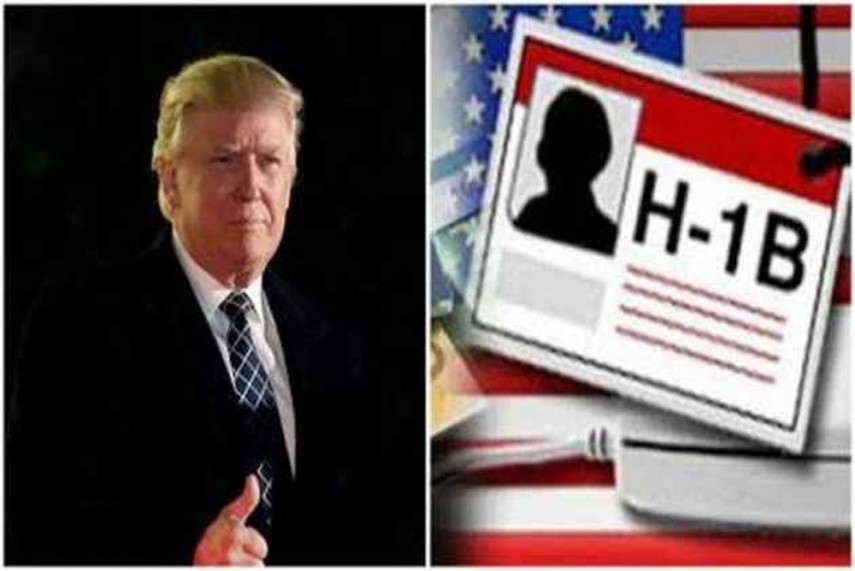 H-1 Visa Programme and what it means for Indians

In the wake of novel coronavirus pandemic and record job losses, the US President Donald Trump has called for the extension of immigration suspension until the year-end, expanding it further to H-1B visas. Unfortunately, H-1B is the most popular Visa Programme amongst the Indians. However, the announcement is not applicable to valid visa holders living in the US.

The US President has signed the executive order and said it would make sure the Americans’ job opportunities are retained. For the critics, Trump has always wanted to restrict the country’s immigration and is only making use of the pandemic situation to sanction his goals.

Donald Trump is contesting again on the election in the coming November and has been using his strict immigration stand as the central pitch.

What is H-1B Visa Programme?

H-1B is a non-immigrant visa program that makes way for the highly skilled overseas workers to the US. The program is extremely popular among the Indians, with more than two-thirds of the 85000 annual visas being grabbed by the Indians.

H-1B visa program offers a vital channel through which the highly qualified foreign workers enter the US, making it the most significant guest worker program of the United States. The program allows the US companies to hire high-skilled foreign workers for the difficult-to-fill job positions that demand technical expertise.

What is the process to get H-1B Visas?

It is an employer-driven visa program, in which the employer submits the nomination application with the US Government, asking for the visas to fill the specialized job roles.

The companies agree with the government that these overseas candidates will receive salaries equal to the American counterparts, and not less. The employer must also promise that the working condition of the existing workers will not be affected due to the new workers.

According to President Trump and immigration disciplinarians, the current system does not really bring the best talents to America; rather brings the workers on low wages, pulling away from the opportunities of the Americans.

Another ambiguity that the Trump government notices is that the program permits the companies to employ foreign workers, who, in turn, are locally outsourced to other employers, displacing the existing American workers.

Warning from the FDA, Methanol in Hand Sanitizers can be deadly