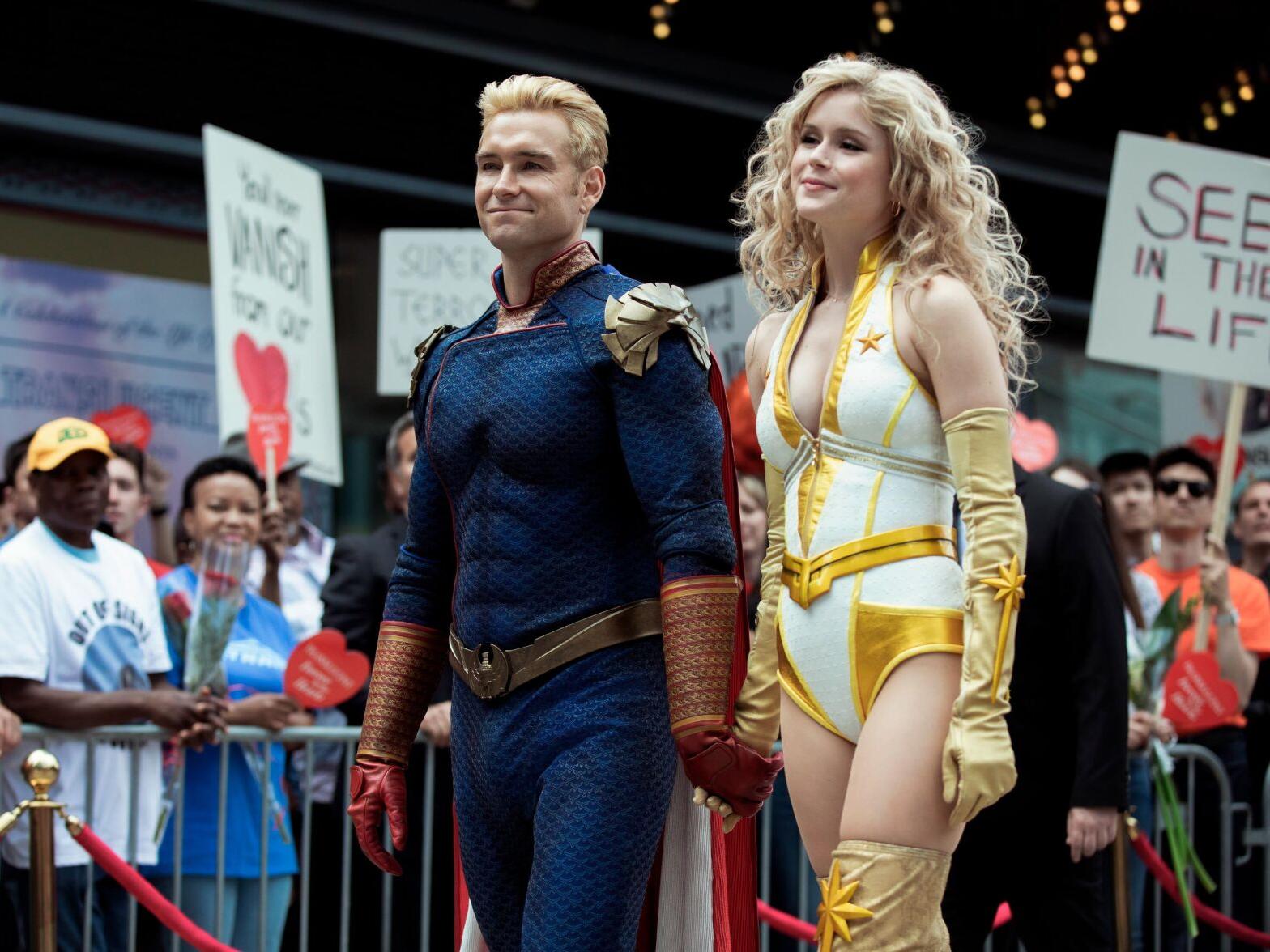 ‘The Boys’ show hit Amazon prime and it is being loved by all of us. This by far the most darest superhero show that has hit the screens. One of the stars that really shines from that is Erin Moriarty that is playing the role of Starlight. Previously she also has done many significant but the ‘The Boys’ made it her in the limelight.

‘The Boys’ comes with its second season and instantly becomes famous among the people. This season outdid the first season with every aspect depicting the modern American Situation. According to Forbes, the show becomes 1st on the rating list. The season comes out to be gritty and funny.

On 4th September the show premiers on Amazon Prime and on the first day they come out with three episodes and every Friday a new episode will stream on Amazon. The season is all set for its third season. People can expect a new entry of Jensen Ackles to join the show as a new entry. In a press release director of the series Eric Kripke jokingly said that “When I was a child, I had a crazy, impossible dream — to provide Jensen Ackles with gainful employment.”

Erin Moriarty’s character was newly introduced in this current season as ‘Starlight’ and the season shows her struggle to fit in the ‘The Boys’ group. In an interview when asked about the role she said: “Because even though she is a superhero, and she can blast lightning out of her hands, all the issues she’s dealing with are very human. A lot of young women go through what she’s going through in some way or another.”

Talking to CBR.com the actress Erin Moriarty told that “That’s where some really interesting storylines come in, like collaborating with characters and doing team-ups that you would never anticipate and exploring dynamics between her and Hughie.”

With all her popularity with the show, it is very obvious that people are asking about her personal life. But with her social media presence, it is very much hard to judge her personal life. Previously in 2013 rumor has come of her dating Jacob Artist. Her Instagram account has some pictures of her with him. But currently, she is considered to be Single.

At an interview with Just Jared told that she is very much single and said “I would rather hang out with my dog, George, than most humans.” She also claimed, “Contrary to what you’d assume given my job, I’m a total introvert.”

Right now she is very much focussed on her career and it will very interesting to see what is ahead of her and with whom she will found love.