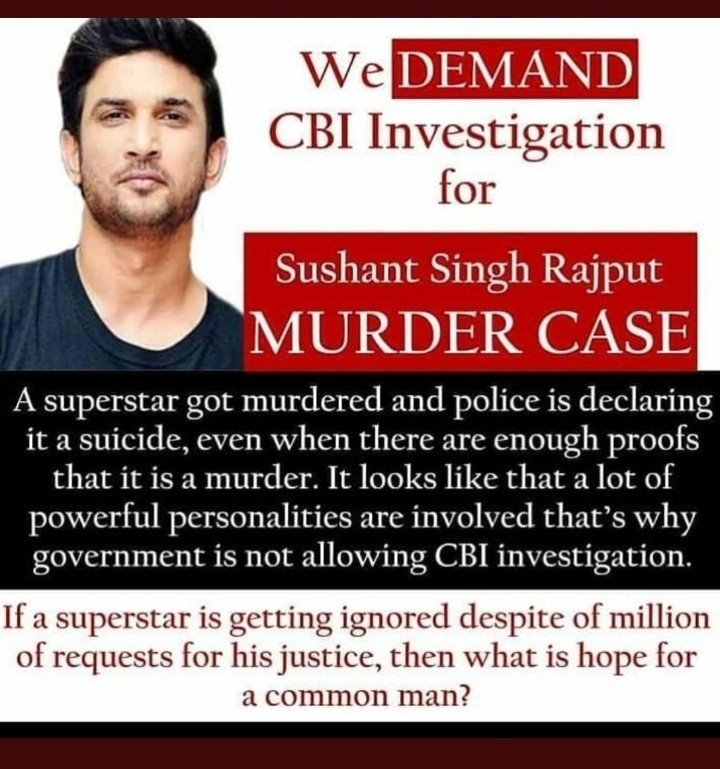 On 14th June 2020, news spread out that Sushant Singh Rajput,34 years had passed away which kept the whole country in a great shock.  As per the reports of police, he had committed suicide at his residence by hanging himself. There are many controversies as well as debates that are going on regarding an investigation for this matter.

There are certain people from a section who has been blaming on few people who belong to the film industry for his death. They had demanded that CBI should intervene for this case.

There are different debates and opinions are being given on social media regarding the tragic death of Sushant from last few days. Among his fans on Twitter, there is a trend nowadays for #CBIMustForSushant as well as his well-wishers are also demanding for the investigation to happen properly by CBI on this matter and truth to be brought forward. Sonu Nigam, Singer has also joined bandwagon like others. On his tweet, he had shared Sushant’s father picture who is broken.

He was born in Bihar and had initially started his career in acting from the television industry. He had shown his talent through the serials such as Kis Desh Mein Hai Meraa Dil as well as Pavitra Rishta. In 2013 he had entered Bollywood with the film Kai Po Che. His biggest break is in the movie MS Dhoni: The Untold Story which is a biopic of the Indian skipper and he played his role in that film.

Jordan Rodgers and JoJo Fletcher Nearly Broke up after “The Bachelorette”