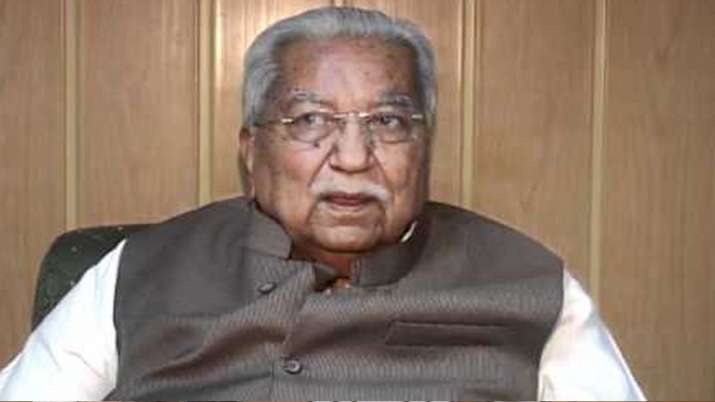 A very sad news is coming from Gujarat that The Former Chief Minister KeshuBhai Patel passed away at the age of 93 years at a hospital in Ahmedabad. He was taken to the hospital Thursday morning by the family regarding his health issues. He was also tested positive for Covid on the 18th of September. Son of KeshuBhai Patel, Bharat said that he had recovered from Covid-19 and there is also some organ damage issue in his body, as he is also suffering from cancer problems.

KeshuBhai Patel will be Cremated at 5 PM today. The President of India Tweeted,” With the demise of Keshubhai Patel, former Gujarat chief minister, the nation has lost a stalwart leader. His long public life was dedicated to improving the lives of millions, especially in villages.

An RSS karyakarta, Patel was among the founder members of the Bharatiya Jana Sangh (BJS), and was its president from 1972-75. He began his journey in electoral politics with the Rajkot municipality, said Kirit Pathak, BJP leader and former deputy registrar of Saurashtra University.

Patel fought his first assembly elections from Wankaner (then in Rajkot district) in 1972, as a BJS candidate, but lost to the Congress. In 1975, he won the Rajkot-1 (now Rajkot West) seat and was appointed irrigation minister in the BJS-backed government of the Indian National Congress (Organisation), led by then chief minister, Babubhai Patel.

Patel’s own political career, however, is marked with the distinction of having never completed a term – whether it was as state cabinet minister in the Babubhai Patel government (1975), the Chimanbhai Patel Janta Dal (G) government (1990), or his own chief ministership (1995 and 1998).

In 1995, under his leadership, the BJP won 121 of the 182 seats. Patel became chief minister, but, by the end of the year, his government faced a challenge from Shankersinh Vaghela, who defected with about 40 MLAs and went on to form the government with the support of the Congress.

Vaghela’s government was dissolved in 1998, and fresh elections were held. The BJP returned to power with 117 seats, and Patel became chief minister again. But in October 2001, the party replaced him with Modi.

While Patel was the BJP’s Rajya Sabha MP from 2003-2009, he did not contest the Assembly elections on a BJP ticket again.