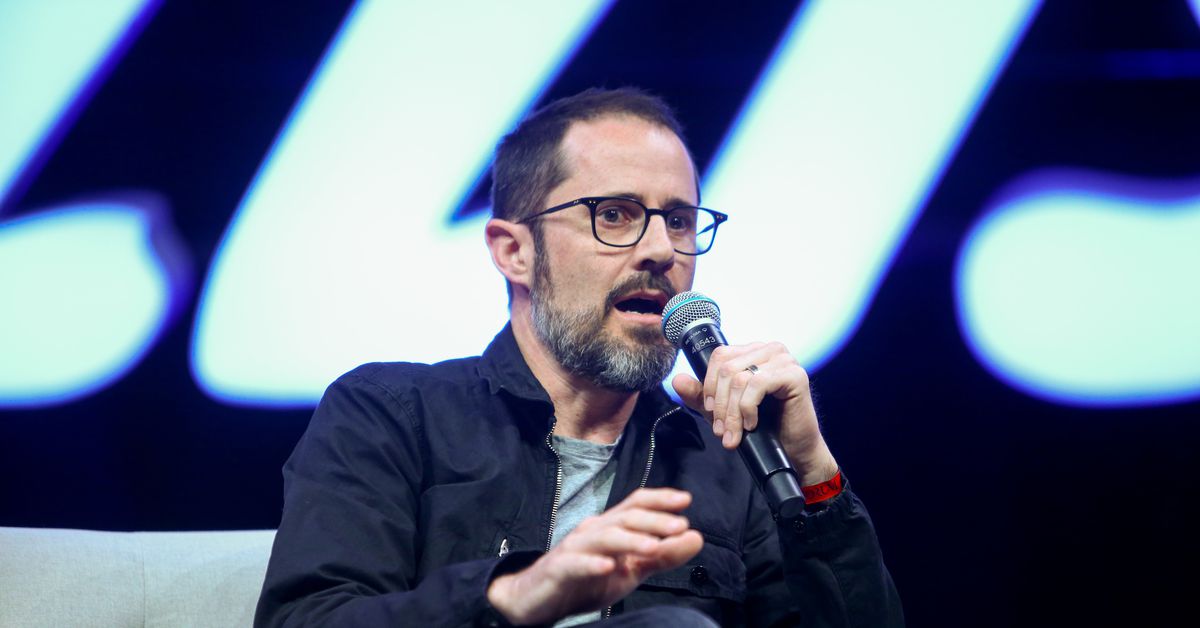 Few tech CEOs can claim to have set the course of online conversation more than Ev Williams. In 1999, he co-founded Blogger, which helped bring blogging mainstream with a well-designed, free tool that was sold to Google four years later. In 2006, Williams and his co-founder followed suit with Twitter, which continues to be one of the most influential social networks in the world.

Five years later, after a stint as Twitter CEO and much turmoil, Williams announced his next act: Medium, a publishing platform that tried to split the difference between blogs and tweets: medium-length posts, which are occasional rather than daily. be published, to answer one question: “Now that we’ve made information sharing virtually effortless,” Williams wrote in 2012, “how do we increase understanding while also creating a level playing field that encourages ideas that come from everywhere?”

On Tuesday, a month less than 10 years of largely fruitless attempts to answer that question, Williams is giving up. Here’s Ben Mullin at the New York Times†

Medium declined to make Mr Williams available for an interview. He said in his post that he left Medium because “change and renewal are healthy”, noting that August will be his 10th anniversary as chief executive.

“To be clear, Medium’s story is far from over,” wrote Mr. Williams.

Medium said Mr Williams would step down as chief executive effective July 20 and that he would be replaced by Tony Stubblebine, the chief executive of online coaching company Coach.me. Mr. Williams will become the chairman of Medium’s board of directors, a new position.

Williams said he would remain chairman of the board, but would also start a “new holding company/research lab” to work on other projects.

I last wrote about Medium in March 2021, days after Williams announced his latest turnaround for the company. Two years after launching a subscription-based group of publications dedicated to quality original journalism, and just after workers ran out of a vote to form a union, Williams offered buyouts to all of his roughly 75 editorial staff.

As I wrote at the time, Medium succeeded in a way. It had started 2021 with approximately 700,000 paid subscriptions and was on track to earn more than $35 million in revenue from its $5 monthly subscription offering. At the same time, internal data showed that it was largely not the quality journalism that drove readers to Subscribe: They were random stories posted on the platform by independent writers that happened to be listed by the Google or Facebook algorithms.

It wasn’t the company Williams wanted to build

Williams often spoke of his desire to make Medium a place for high-quality writing, a place that heightened national conversation. His annual appearances in the New York Times proclaiming that the internet was broken and that he intended to fix it became a running joke among a certain range of media obsessives. (Okay, maybe just me.)

You May Also Like -   Coinbase Freezes Hiring and Withdraws Accepted Jobs

And yet, last year Williams was faced with the fact that his earnings were largely driven by what performed well in search engines — the same business logic of the low-quality content farms of the late 2000s. It wasn’t a terrible business, exactly. But it wasn’t the company Williams had wanted to start, and it wasn’t the company he’d hired for.

And so, for the second time in his tenure as CEO — the first being in 2015, when he fired 50 people in a pivot away from advertising to subscriptions — Williams killed dozens of journalists and flushed them off the platform.

Media is a known ruthless company, and Williams is far from the only CEO struggling to build a sustainable business. And yet, in the past decade, few can match him for the sheer number of course changes he has brought about for investors, users and employees.

Nieman LabLaura Hazard Owen wrote an essential guide to Williams’ whipping in 2019. Among the things Medium tried during his tenure, from its launch to the present:

There’s no shame in a startup trying out lots of different ideas. But Medium’s ideas were often linked to the livelihoods of journalists and the publications they worked for. It’s one thing to have a unique vision and change your tactics along the way; Williams’ vision for what is Medium was transformed almost continuously.

“When I first started at Medium, I was really inspired by Ev,” a former collaborator told me today. “He’s a Vision Guy™, and that really shone through for me in the beginning. But vision only goes so far, and over the years it gave way to my increasing perception of him as unattainable and restless for results at any cost (see: the thousand pivots in strategy over the past five years).”

Williams went back and forth on whether Medium should host its own publications or serve as a platform for others to build on. And as he hesitated, Medium hit the middle.

“He wandered and never seemed satisfied.”

On the high side, well-funded digital publishers of BuzzFeed until Shame to the Atlantic Ocean excelled at publishing quality journalism. And on the low end, Substack stepped in to help solo creators develop thriving, lasting careers by offering individual subscriptions. (See my ethical disclosure on Substack.) In such a world, Medium had no apparent advantage. With its owned and operated publications gone, it became a public-interest web magazine, staffed by freelancers and dependent on Google.

Another former employee noted that despite all the pivot points over the years, Williams always seemed to be one step behind.

“I’d say you could describe Medium’s Eve era as a series of digital publishing experiments that often felt… from the zeitgeist without ever defining it,” said the employee. “A lot of the work Medium has done over the years has really had an impact, but it often felt, for whatever reason, as if Ev made it a point not to lean into this work. He wandered and never seemed satisfied. And eventually Twitter evolved to support more of the kind of posts that were originally native to Medium, and Substack came over and ate the platform’s lunch.”

“He’s a bit of a mystery to me,” the employee added. “I hope a change of leadership is good for the company and the people who work there.”

A third former employee told me that my assessment of Williams – essentially a heartless dilettante – was unfair.

“I think he tried to solve a really difficult problem, but it still didn’t work, and he cheated a lot of people to varying degrees by constantly changing his approach,” the employee said. “But he really tried a lot of things, and it wasn’t necessarily clear they were going to fail until someone with a lot of money tried.”

Medium declined to comment, as did incoming CEO Stubblebine. (“I have to get my feet under me first,” he told me via direct message. “But after that I expect to be pretty talkative.”)

The challenge for Stubblebine is the same as for Williams: after 10 long years, there is very little that Medium has not tried. It was always grandiose to suggest that a humble blogging platform could fix the internet. Now Williams has kicked himself up a notch, and it’s up to someone else to try and dissolve his business.