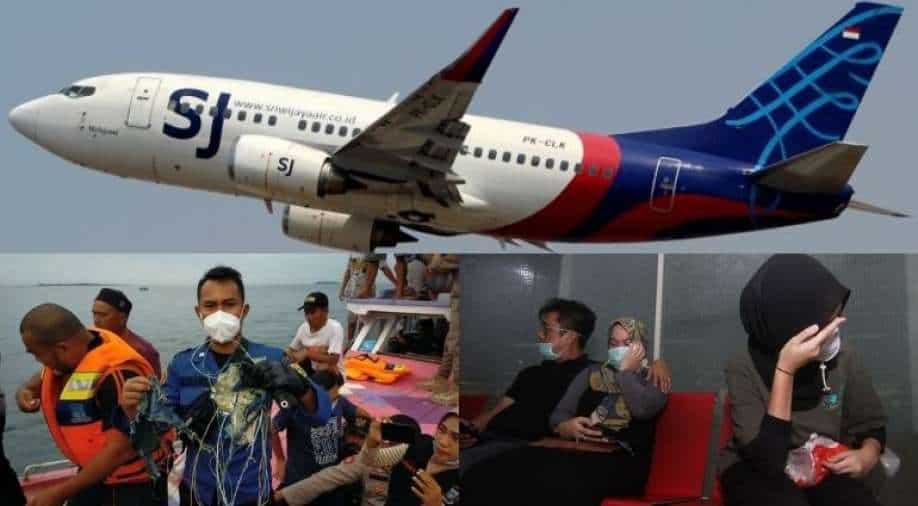 Sriwijaya Air Flight 182 with 62 aboard is feared to have crashed into the sea after the Boeing 737 lost contact with aviation authorities shortly after taking off from Indonesia’s capital Jakarta on Saturday, reported AFP. The flight tracking data showed the jet had plunged into a steep dive just four minutes after take-off. The search agency has picked up some debris and is trying to confirm if it belongs to the Sriwijaya Air Flight SJ182, the organization’s deputy for operations, Bambang Suryo Aji, said, according to Bloomberg.

Indonesian rescuers pulled out body parts, pieces of clothing and scraps of metal from the Java Sea early Sunday morning, a day after a Boeing 737-500 with 62 people onboard crashed shortly after takeoff from Jakarta, officials said.

Officials were hopeful they were honing in on the wreckage of Sriwijaya Air Flight 182 after sonar equipment detected a signal from the aircraft.

The authorities have started search and rescue operations for the missing plane with the National Search and Rescue Agency and the National Transportation Safety Committee, according to ministry spokesman. The government have sent a search vessel from Jakarta to plane’s last known location in the Java Sea. First responders were also deployed to the site to aid potential survivors, local TV reported. No radio beacon signal had been detected, Bagus Puruhito, head of the country’s search and rescue agency Basarnas.