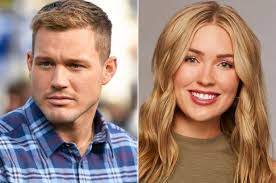 On Friday Cassie Randolph released a Restraining order for Ex-Boyfriend Colton Underwood as she claimed that he is stalking her.

According to the document obtained by TMZ, it is written that Cassie claimed that Colton is harassing her with a bombardment of Un relevant text message and even has installed a tracking device on her car.

The claims by Cassie also included that the former Bachelor Star i.e. Colton shown to her LA home uninvited and stand outside the window of her parent’s bedroom after midnight.

The claims don’t stop here, she further accused him of sending text messages to himself so that he can also show that he is being stalked too. She said they both met at the 23 season of “The Bachelor” and he accused of her still seeing her ex-boyfriend at that time.

Page Six further confirming the filing of a restraining order by Cassie against Underwood. They also confirmed the hearing date for the case is 6 Oct. 2020. The case falls under the category of Domestic Violence without Minor Children.

There have been no comments from the side of Colton. The representative and Attorney of Colton also refused to leave any comments.

When they both officially announced their break up in Many, it was Cassie who said even after the breakup they will be in touch.

During the breakup, she wrote on the social media that “With all that we have gone through, we have a special bond that will always be there. I love Colton very much and have an enormous amount of respect for him. We have both learned and grown so much these past couple years, and will always have each other back. Always.”

Underwood also went on the social media to write, “Sometimes people are just meant to be friends – and that’s okay.”