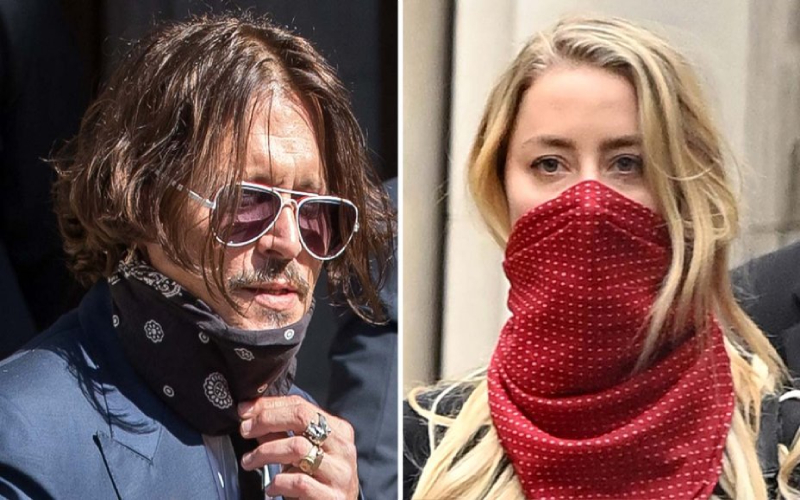 In a recent hearing in the London court, the world-renowned actor Johnny Depp has allegedly denied all accusations by ex-wife, Amber Heard. Things took an ugly turn for the Hollywood star when she made serious allegations pertaining to violence after taking drugs and drinking.

He has a different story to tell that the claims are baseless and nonsensical. But he admitted in front of the jury that he might have done things which he doesn’t clearly remember due to the influence. Depp had to go through a series of cross-examination based questions at the High Court.

As a matter of fact, the British tabloid known as The Sun has already labeled Depp as a “wife beater.” The actor has decided to sue the publisher and executive editor of The Sun for such baseless assumptions.

The actor has a huge fan following after the grand success of Pirates of the Caribbean and he has denied the claim of assaulting his ex-wife multiple times.

Depp and Heard met on the set of The Rum Diary, 2011 comedy, and decided to tie the knot in 2015 in Los Angeles. The following year Heard filed for divorce on the grounds of domestic violence. The divorce got through in the year 2017.

Things have been ugly between the couple after exchange of a series of emails. Depp has been repeatedly quoted by his ex-wife as an addict who turns violent under the influence of alcohol and drugs.

On the other hand, Johnny Depp has stated that Heard has helped him to chop out cocaine lines and even rubbed the drug enthusiastically into her gums.

Well, it is for the court to decide after scrutinizing the evidence submitted by the two parties, as a part of the three-week trial.

The Return of the Wonder Years: Fans Can't-Wait