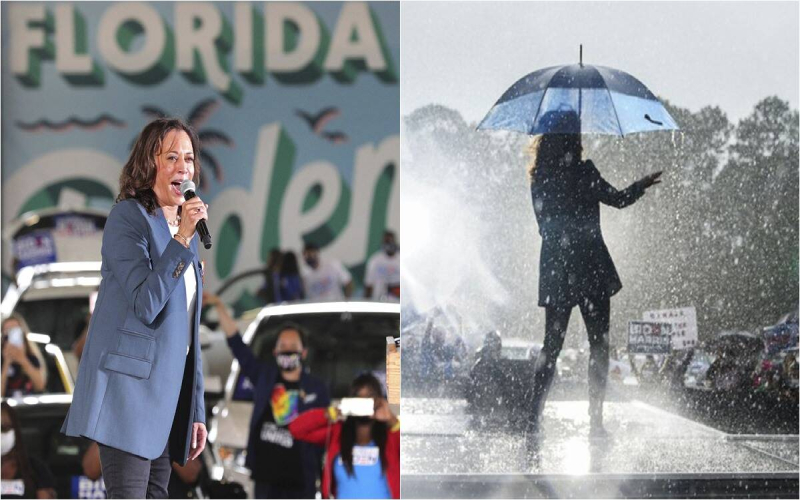 Joe Biden’s running mate, Kamala Harris broke into a little dance in the rain during a rally and the social media users can’t keep calm. The short video showing Harris grooving, holding an umbrella has become the next viral thing on the internet.

She did a light dance in front of the voters and was noted saying ‘rain or shine’ democracy doesn’t wait for anyone. She thoroughly enjoyed and herself shared the image from the campaign rally, in which the supporters were seen enjoying equally.

There were many comments from the general public. Some called her the ‘boss lady’, some said that she can ‘make anyone happy’. Some even when on to the extent of praising and said that ‘this is the vice president I need’. Some added that she would be the coolest VP ever. Kamala herself would have not expected that her small act would be termed as ‘the best thing on the internet’, by so many Twitter account holders.