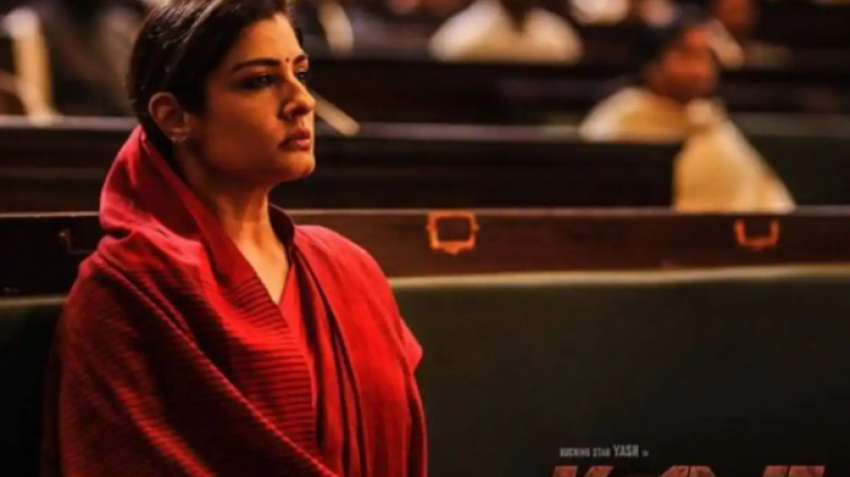 Actress Raveena Tandon was showered with birthday wishes from her friends and colleagues but a special gift from Team KGF: Chapter 2 made her day special. Raveena Tandon’s first look as her onscreen character Ramika Sen was shared on the actress’ 46th birthday.

Raveena also thanked the film’s team for this special gift: “Presenting Ramika Sen from KGF: Chapter2. Thanks KGF team for the wonderful birthday gift.” South actor Yash, who reprises his role as the protagonist in the film, wished Raveena Tandon with a heart-warming message: “A very Happy Birthday to the one who makes classiness her style! Wishing you a fabulous year ahead Ma’am,” he wrote in the comments section.

On Sanjay Dutt’s birthday in July, the makers of the movie planned a similar surprise and shared the actor’s first look as the menacing Adheera. KGF: Chapter 2 casts Sanjay Dutt as the antagonist. In the first look poster, Sanjay Dutt sported a dark look in a bearded and moustachioed persona. “It’s been a pleasure working on this film and I couldn’t have asked for a better birthday gift,” wrote Sanjay Dutt.