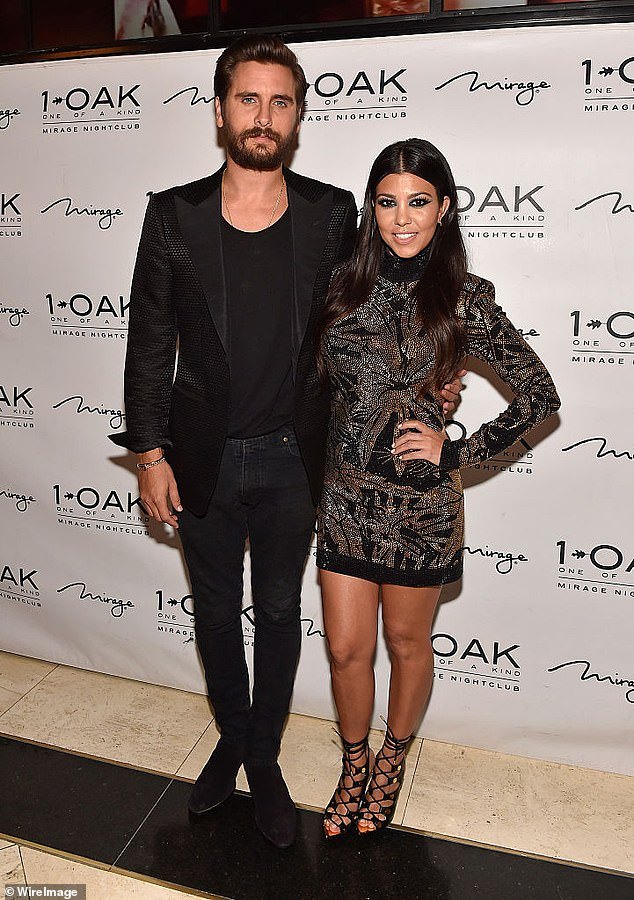 Kourtney Kardashian is one of the well-known faces after the success of Keeping up with the Kardashians. Recently, she came into highlight after her Instagram post. She along with her kid’s Reign, five, Penelope, seven, and Mason 10 went on a family trip to Wyoming. And there she uploaded a photograph of herself in which she was carrying a lamb in her hands.

However, this was not the reason for coming into a highlight, but the flannel shirt which was she wearing got her fan’s attention. According to a fan page, the shirt was of her ex-husband Scott Disick. They were both together for a very long time but separated due to some reason. An interesting thing is that some fans noticed Scott’s comment on her photo as well. He commented, Cute Shirt, and thereafter fans started assuming that they might have come together.

According to some sources Scott broke up with his recent girlfriend Sofia Richie, they were both in a relationship since 2017. US Weekly also confirmed that Scott has gone for a family trip. However, there was no sign of him on Kardashian’s Instagram posts. The fans got more excited when they saw a picture of Scott and Kourtney with their four children.

Kourtney recently uploaded the picture on the occasion of Father’s Day. And from these recent uploads, fans are hoping that they both have come together, and soon will share something about them. Kourtney and Scott didn’t believe to spark debate after she posted a simple photo of herself hold fondly a lamb in the time of a trip to Wyoming. Fans are quite disturbed and wonder whether Scott is roasting fans by posted the flirty comment or actually fueling these romance rumors.