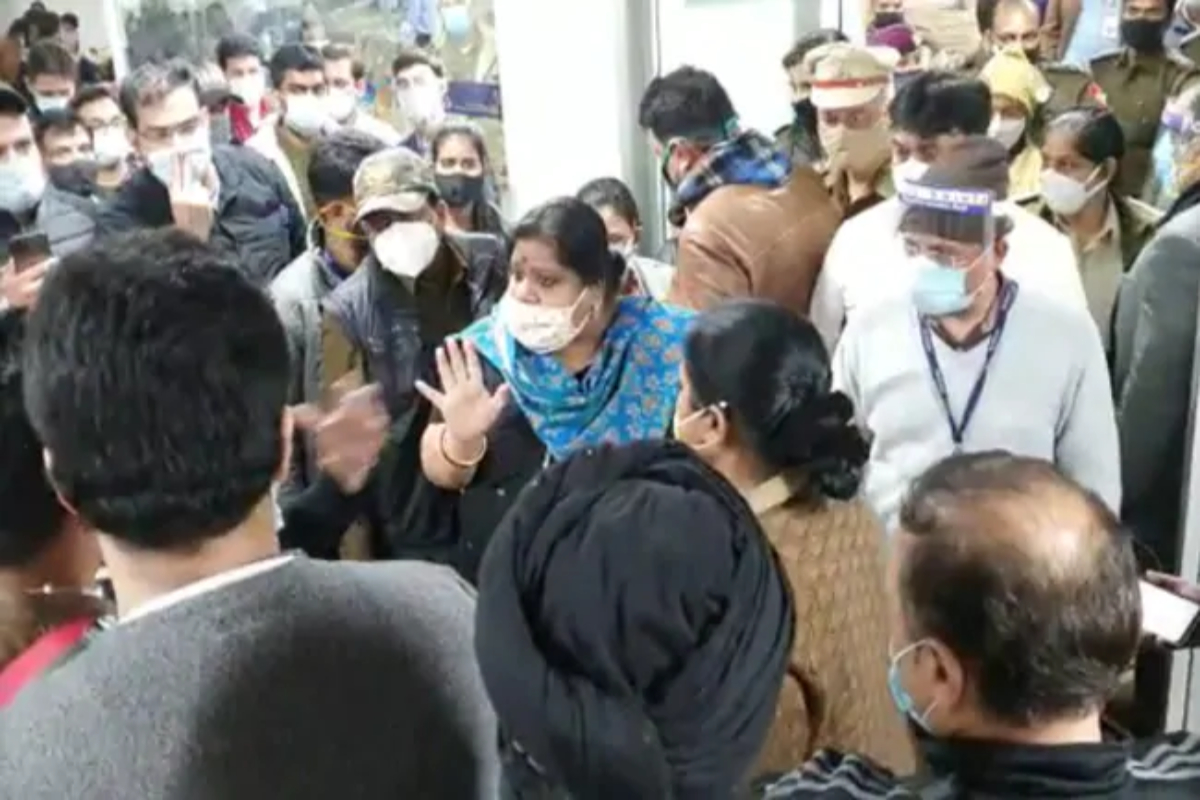 There have been last-minute changes in the COVID testing and isolation rules by Chief Minister Arvind Kejriwal. A tense 34-second video is doing rounds from Delhi’s Indira Gandhi airport – where nearly 250 passengers from the United Kingdom have been held since their flight landed at 10.30 am.

As per the revised rules which were tweeted by Delhi, Chief Minister Arvind Kejriwal after Air India flight AI 112 departed from London, all the passengers need to compulsory do institutional quarantine and an equal period home isolation even if they return negative RT-PCR tests.

Passengers are spending more than 10 hours at the airport and getting perturbed that no clarification was given if they are traveling with infants, what do they need to do as they are already tested before boarding the flight at London.

The video that emerged Friday night showed a crowd of angry passengers gathered around a desk staffed by police and airport officials. Over the shouting and screaming born of frustration a man’s voice can be heard: “We cannot take this bullshit anymore”.

Another passenger – a woman – can be heard saying: “I want (unclear) right now”.

A third voice – another man – can be heard saying: “She is just one-year-old (referring to his child). She cannot take this anymore”.