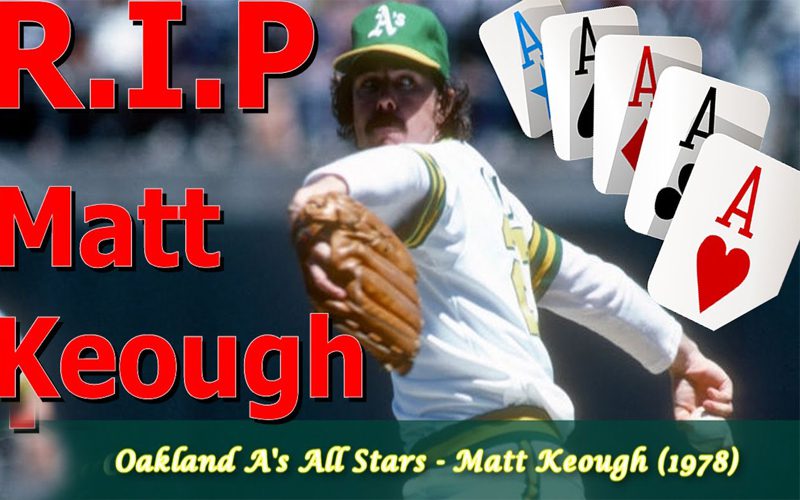 This year 2020, has brought with it a series of bad news. Already COVID-19 has claimed the lives of hundreds of thousands of people around the world and we STILL SEE no SOLUTION to it. Yet, another star Matt Keough, a popular baseball executive, former All-Star pitcher has left on heavenly abode at the age of 64. The reason behind his death is still not known.

Keough was immensely popular amongst his fans and had twice made an appearance on the well-known Bravo reality show. The show also featured the star’s ex-wife Jeana Keough along with the three kids, namely Shane, Kara, and Colton.

The sad news of his demise was shared by his wife Kyle Bosworth who is too a  former NFL player. It really has been a tough year for her as she lost her baby son in the month of April and now her husband. She wrote on her Instagram stating that Daddy should no take care of her son.

The official statement from the Oakland Athletics has praised Keough for his team spirit and skills in the game.

Also, executive vice president of the team Billy Beane praised Keough and expressed that they were very fortunate to have a knowledgeable and focussed player like him. He also expressed how he has left a strong impression on his teammates and had worked for years being a special assistant along with him.

Let’s take a flashback to his amazing journey as a player:-

We pay our condolences to the entire Keough Family. The fans can leave a message for Keough here in the comment section below.

N.F.L. Coach Don Shula Who Only Knew How to Win Dies at 90