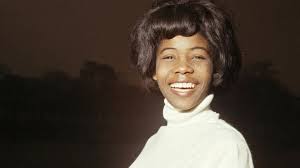 On 6th May we lost one more artist- 72 years old Jamaican singer Millie Small. She died after she hospitalized ill. In a statement released Mille Small was hospitalized in London on the weekend and later died. Reason of death was not mentioned in the statement.

Millie was born in Clarendon, Jamaica, where the main business was of sugar plantation. She was a more like a child prodigy as at the age of 12 she won the Singing contest Vere Johns Opportunity Hour. Then she moved to Kingston to live with her relatives and pursue her carrier in singing.

Millie Small had a great career

Chris Blackwell in a statement praised Millie and her work. He added that Millie was a talented artist and her work introduced Jamaican music to the world. She was a person who din’t get high on stardom after her famous hits as well. He also praised who she was in her personal life always taking care of other persons and spreading laughter with her humor.

Millie Small in her family was survived by her daughter Jaelee.