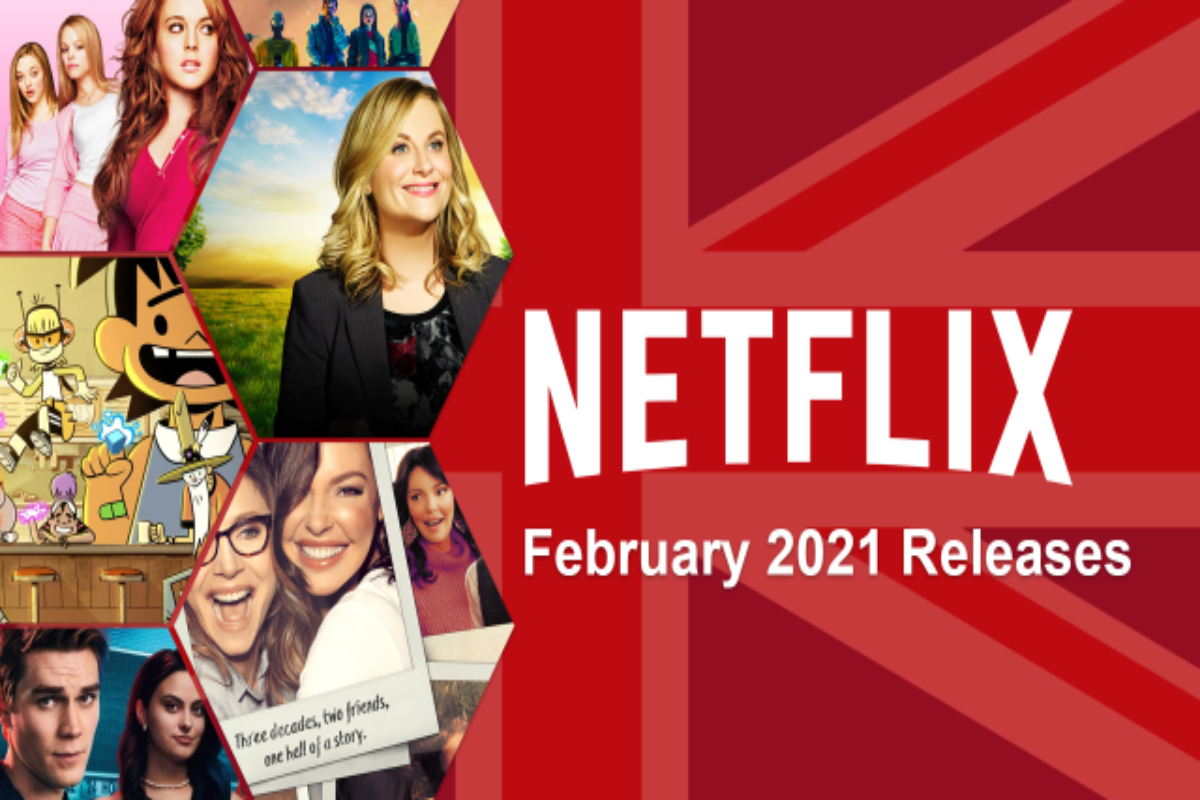 The shortest month of the year has plenty of new originals for release throughout the month. The below is the list of the currently announced series for February 2021.

It is an animation series that follows a young boy who dreams of having all the superpowers and after he comes across the cosmic stones, his dreams seemingly come true. The voice artists for the series are Fred Tatsciore, Amanda Celine Miller, and Jack Fisher. The release date is February 2, 2021.

It is a train series aimed at kiddies and is all set to come up with the second season on February 2, 2021.

The series is based on a novel and will be an obsession for people who like shows like Virgin River or Sweet Magnolias. The story is that of two friends who stay together for many decades through thick and thin.

The movie was filmed in black and white during the pandemic at caterpillar house in California. The movie is about a filmmaker who returns home and the pair’s relationship problems surface up during a tense evening. The cast includes Zendaya and John David Washington. The movie shall release on February 5, 2021.

I care a lot

It is a comedy thriller which is directed by J Blakeson and follows a legal guardian who is conning her elderly clients but is found out. The movie is headlined by Peter Dinklage, Rosamund Pike, and Eiza Gonzalez and is a high –profile pickup from the TIFF festival.

All my friends are dead

It is a polish thriller, about New Year’s eve, when a massacre had taken place at a party. The movie retraces all the steps which lead to the horrifying event.

The movie released in theatres in Poland and got mixed reviews.

It is a Portuguese series, which follows a police officer getting involved in a case that involves a river dolphin and the death of his wife. The series will release on February 5.

The Korean flick is a big-budget release with an excellent cast. The film is set in 2092, following a spaceship victory that is salvaging the space debris and they come across something much unexpected.

This is one of the biggest Korean releases on Netflix.

This is a Mandarin movie based on a Japanese novel. It is a big-budget Chinese Movie that stars Mark Chao and Allen Deng.

The Misadventures of Hedi and Cokeman

This French movie is directed by Julien Hollande and stars Nassim Lyes, Fred Testot, and Julie Ferrier. The movie is set to release on February 10th.

The Swedish thriller is about a pregnant woman who is trying to rekindle her relationship up in Sweden which was suppose to be a romantic getaway. It is directed by Alain Darborg and stars Johannes Kuhnke and Nanna Blondell.

It is a Spanish stand up special to be released on February 12th, and will star Dani Rovira.

The German Originals have become the hot ticket and this movie seems like continuing the trend. The movie is set in 2074, following a tribe that follows tribes, which survived the global disaster.

Call Me Crazy/ Crazy About Her

It is a romantic movie that is set after a wild night out where one friend realizes that the only way to spend time with the other is to get admitted to a psychiatric center.

The Japanese anime is based on manga and was created by Tsuina Miura and Takahiro Oba. It is about a high school student Yuri who gets lost in a weird land. There she finds masked figures hunting in tall skyscrapers connecting to the suspension bridges.