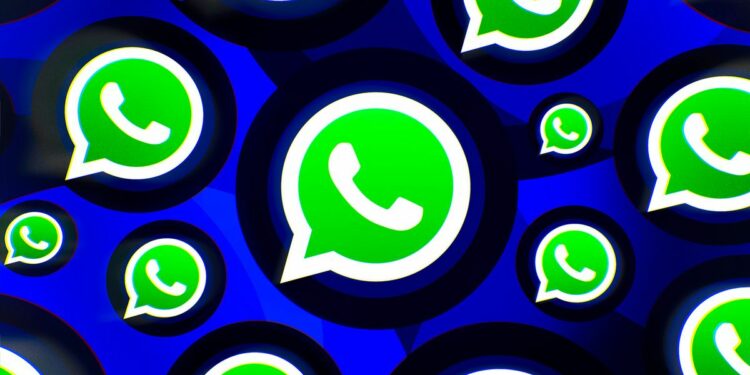 The Digital Markets Act recently passed by the EU could oblige messaging app developers to make their apps work together if passed. The EU press release states that lawmakers agreed that the companies behind WhatsApp, Facebook Messenger or iMessage should make their apps “interoperable” with smaller messaging platforms at the request of the developers.

Here is the relevant part of the EU statement:

During a nearly 8-hour trialogue (three-way talks between Parliament, Council and Commission), EU lawmakers agreed that the largest messaging services (such as Whatsapp, Facebook Messenger or iMessage) will have to open up and partner with smaller messaging platforms if they ask. Users of small or large platforms can then exchange messages, send files or make video calls via messaging apps, giving them more choice. As regards the interoperability obligation for social networks, the co-legislators have agreed that such interoperability provisions will be assessed in the future.

While the law hasn’t been passed yet, the language the EU refers to could force companies like Apple and Meta to open up systems they previously had full control over. For example, you can only send iMessages using Apple’s iMessage app, which only runs on its devices. It sounds like the EU wants to force Apple to let other messaging apps communicate with iMessage — meaning you can have a conversation between an iMessage user on an iPhone and a Telegram user on a Windows PC. The language in the press release is unclear as to whether the major apps should work together (e.g. WhatsApp users can send to iMessage, or iMessage vs. Android green bubble disputes), but the EU says it’s trying to tear it down the walls around gardens, without over-regulating the existence of small businesses.

Siloed messaging apps is a choice, not a technical limitation

While creating this kind of interoperability may seem complicated from a technological standpoint (even if the companies had the idea wholeheartedly, which seems unlikely), the EU hasn’t given companies much time to do it. The rules will come into effect just over six months after the Digital Markets Act is passed by the EU Parliament and Council.

History shows that companies keep their messaging systems closed because they can, not because it is impossible to make them work together. Meta has already integrated some of its messaging systems, and Apple offered a more open version of iMessage to carriers many years ago. Steve Jobs himself called FaceTime open source. In more recent history, it seems that Apple’s tune has changed — internal communications imply that Apple didn’t bring iMessage to Android so people would keep buying iPhones. In other words, there has been a business reason for staying closed.

If the EU’s proposal is passed, there will be an extremely pressing business reason to comply with its orders to open. As the EU states in its press release, it can fine a company up to 10 percent of its global Annual sales. With repeated violations, it rises to 20 percent, and the Commission can even prevent the company from making takeovers if it systematically breaks the rules.

In a statement emailed to: The edgeApple spokesperson Fred Sainz said:

We remain concerned that some provisions of the DMA will create unnecessary privacy and security concerns for our users, while others will prohibit us from charging for intellectual property in which we invest heavily. We strongly believe in competition and in creating thriving competitive markets around the world, and we will continue to work with stakeholders across Europe in hopes of mitigating these vulnerabilities.

Meta did not immediately respond to The edge‘s request for comment.

To read more about the Digital Markets Act, read our editorial here.