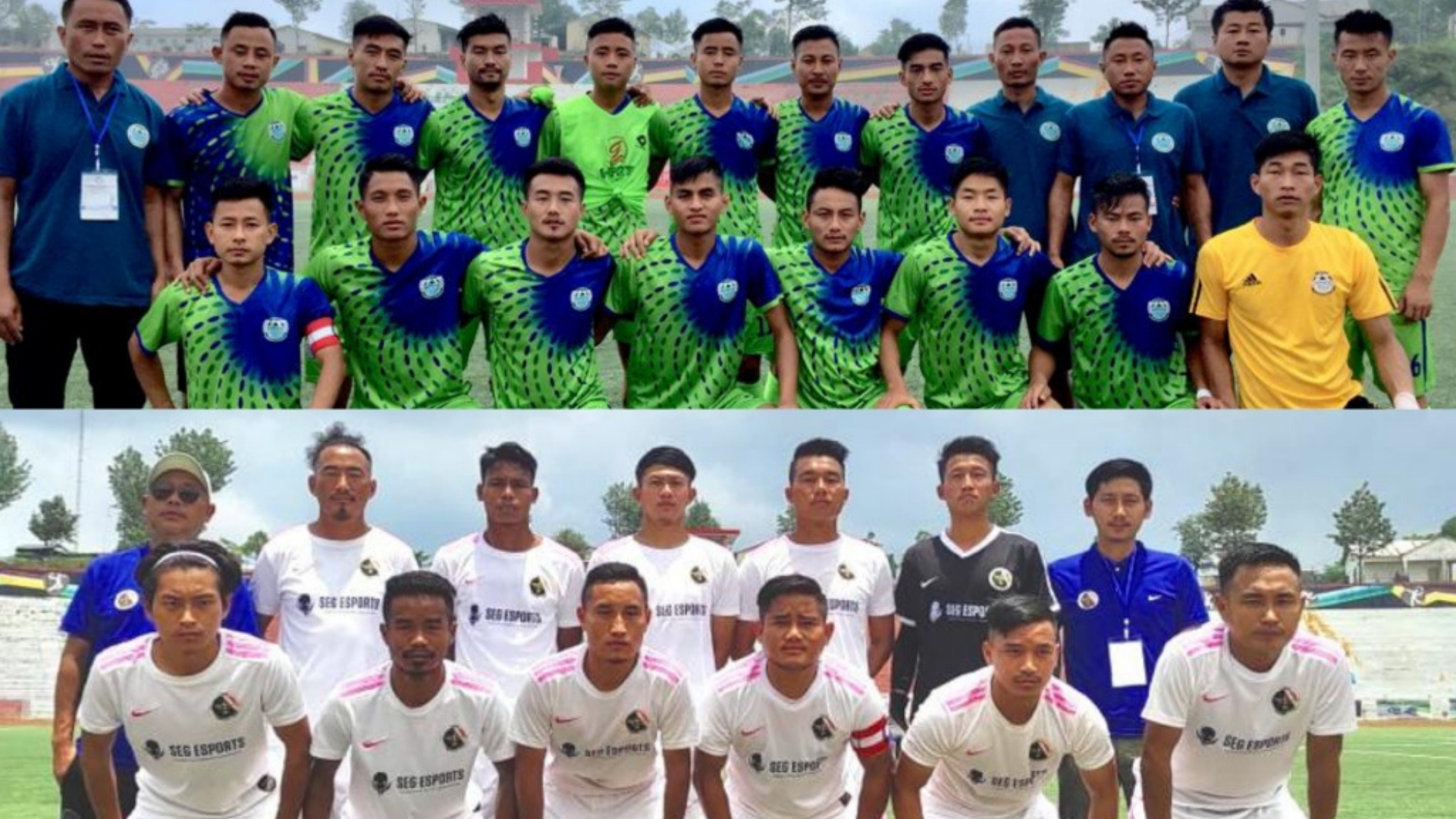 Kohima: The final countdown to the 2022 Kohima Super Cup begins as New Market FC, one of the oldest football clubs in the state, takes on favorite Barak FC at Indira Gandhi Stadium in Kohima on Tuesday night.

Both top teams have come closer to the championship trophy and put on a good show in the tournament. Barak FC is making a comeback after a five-year hiatus, while New Market FC is a 45-year-old club from Kohima.

“New Market FC is motivated and mentally prepared. The team shall ensure that the same mistakes and errors committed in the previous matches are not repeated. The players are learning and it’s good to see them studying and marking their opponents,” said Stephen Rutsa, the team’s coach.

NMFC is a community based club from Kohima that started their football journey with the Sir CR Pawsey trophy in 1977 and has played several tournaments in the state and also Manipur. The football club is named after the New Market colony in the capital, and the New Market Youth Organization (NMYO), founded in 1973, remains the backbone of the football club.

“We have a sports committee under our organization that regulates all sports events. It is with the support and goodwill of our residents that we can survive and endure for so long,” said Kelhoumedo Andrew, NMYO president. EastMojo.

The NMFC has so far played 6 games in the Kohima Super Cup with 5 wins, one draw and no loss so far. The team had advanced to the semi-finals as runners-up to Pool-A which lost to G Sports FC by draw as both teams tied in the quarter-final rounds.

Youth favorite Barak FC has made a comeback to the Nagaland football scene after a five long hiatus. so far.

You May Also Like -   Nagaland: 4th edition of Kohima Super Cup starts

Unfortunately for the team, their captain and the lone player of longtime Barak FC squad Aloumei Panmei will likely miss the final due to a leg injury. Barak FC has played a total of 5 matches in the Kohima Super Cup with three wins, one loss and one draw.

“Towards the final, the squad has made a good recovery despite some injuries they brought back, but we are optimistic and fully prepared to face NMFC in the final,” said Barak FC coach G Daniel Rongmei.

He shared that the management of Barak FC now focuses on reaching the grassroots level and wants to introduce young players to the wealth of sports talents in the state.

ISL player and Indian national team prospect Boaringdao Bodo’s introduction to the team, he said, was done in hopes of inspiring locals, especially for the younger players to take up football professionally and with a more serious approach to improve the declining sport and revive scenario in Nagaland.

“Barak fans have been revitalized and started to support and encourage the great old club, hoping to rekindle the club’s old glory days in the years to come,” he added.

The last match will take place at 5:30 PM at the IG stadium in Kohima. Chairman of Nagaland Building and other Construction Workers Welfare Board (NBOCWWB) Dr. Kekhrielhoulie Yhome will honor the final match as a special guest

For the first time in this edition of the tournament, individual prizes for the best coach and best referee have also been introduced. While the ‘Player of the Tournament’ will receive an award of Rs 25,000 other individual winners including the Most Promising Player, Best Midfielder, Best Defender, Best Goalkeeper, Highest Scorer will each receive a cash award of Rs 10,000 each.

Toka Achumi of Aphuyemi FC is the tournament’s top scorer so far with 9 goals, followed by Nyithong Magh of New Market FC with eight goals. NMFC’s 29-year-old Nyithong Magh could potentially match or break Toka Achumi’s record if he scores one or more goals in the final game against Barak FC.

Also read: Bengal Guv-Abhishek spat on the latter’s controversial comments on the judiciary