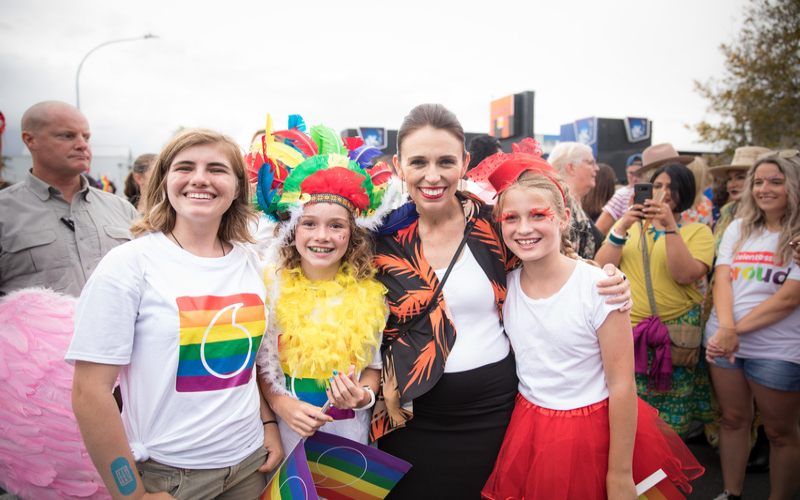 Jacinda Ardern becomes New Zealand’s first prime minister to participate in the nation’s Gay Pride Parade of the year, which happened over the weekend.

The Prime Minister said that it gives out an important message about diversity and inclusiveness, which sees thousands of people and packed streets.

She was one amongst 25,000 people, who marched Pride March, the colorful event of the country that took place over the weekend in Auckland.

She also posted a selfie on Instagram account, using the occasion to appreciate the peace message being sent out by Pride March and said, “The streets were packed, and what an important message that sends about diversity and inclusiveness. Thanks to everyone who came!”

Jacinda Ardern marked the event not only by cutting the rainbow ribbon, but also took selfies, danced, and hugged people, showing her support.

Her gay colleagues Grant Robertson, the Finance Minister, and Louisa Wall, the Labour MP, also joined the Prime Minister in the Pride Parade.

The colorful event had a ‘peace bird’ that was made of 500 decorated aluminum rods, a police patrol car in the rainbow-color, motorbikes, police dogs, horses, and a painted truck made of cement.

Shaughan Woodcock, the producer of Pride March, expressed happiness and excitement over the Prime Minister’s participation in the event. He said,” I think the overall message is that we are being led by a progressive government, a government that stands for all groups, not just some.”

He also mentioned that the first-ever march by the country’s Prime Minister sends out a message to the outside world that New Zealand is showing the other countries a way towards protecting the basic human rights and the human rights of the LGBT community.