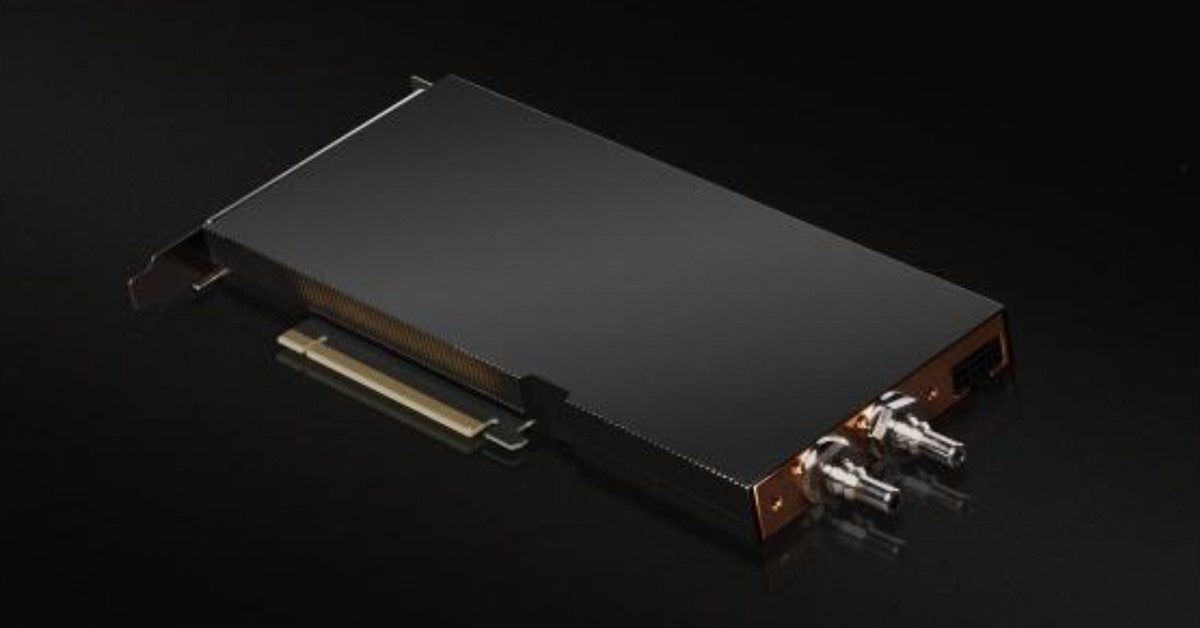 Nvidia has announced its new plan for reducing the power consumption of data centers processing massive amounts of data or training AI models: liquid-cooled graphics cards. The company announced on Computex that it is introducing a liquid-cooled version of its A100 computer card, saying it uses 30 percent less power than the air-cooled version. Nvidia also promises that this isn’t just a one-off, it already has more liquid-cooled server boards on its roadmap and hints at taking the technology to other applications, such as in-car systems that need to stay cool in enclosed spaces. Of course, Tesla’s recent chip overheating recall shows how inconvenient that can be, even with liquid cooling.

According to Nvidia, reducing the energy needed to perform complex calculations could have a big impact — the company says data centers use more than one percent of the world’s electricity, and 40 percent of that comes from cooling. To cut that by almost a third would be a big deal, although it’s worth noting that graphics cards are only part of the equation; CPUs, storage and networking equipment also consume power and need cooling as well. Nvidia’s claim is that GPU-accelerated systems with liquid cooling would be much more efficient than CPU-only servers on AI and other high-performance tasks.

There’s a reason liquid cooling is popular in high-performance use cases, from supercomputers to custom gaming PCs and even a few phones: Liquids absorb heat better than air, according to Asetek, a major manufacturer of water-cooling systems. And once you have warm liquid, it’s relatively easy to move it somewhere else so it can cool, compared to trying to cool the air in an entire building or increase airflow to the specific components on a map. that dissipate all the heat.

In addition to energy efficiency, liquid-cooled cards have another bonus over their air-cooled counterparts: they take up significantly less space, meaning you can fit more in the same amount of space.

Nvidia’s drive to reduce energy consumption through liquid cooling comes at a time when many companies are thinking about the amounts of energy their servers use. While data centers are far from the only source of carbon emissions and pollution for big tech, they are a piece of the puzzle that cannot be ignored, and critics have noted that offsetting energy consumption through credit is not as effective as reducing energy consumption. consumption at all. Companies like Microsoft have experimented with submerging servers completely in liquid and even placing entire data centers in the ocean in an effort to use less energy and water.

Of course, those solutions are rather exotic – while the type of liquid cooling Nvidia offers isn’t necessarily the norm for data centers, it’s not about putting your servers in the ocean (although Microsoft’s experiments with it so far have been surprisingly successful) . Nvidia explicitly markets its liquid-cooled GPUs as being for “mainstream” servers, rather than a state-of-the-art solution.

But when can I get a liquid-cooled RTX card without modding?

This does raise the question of whether we could even see Nvidia attempting to adopt liquid cooling Lake mainstream by incorporating liquid cooling into the reference designs for its gaming-focused cards. The company doesn’t list any plans to do that, but only says it plans to “support liquid cooling in our high-performance data center GPUs” for the “near future.”

However, server technology seeps into home PC tech all the time, and game cards that come straight from the factory with an all-in-one liquid cooler isn’t something completely unheard of — AMD’s had a few reference designs that included a liquid-cooling loop. , and third parties have sold liquid-cooled Nvidia cards before. Since Nvidia’s cards are drawing more and more power (a stock 3090 Ti can draw up to 450 watts), I wouldn’t be surprised if Nvidia announces an RTX 5000 series card that comes standard with a liquid cooler.

As for Nvida’s data center-focused cards, the company says companies like ASRock, Asus and Supermicro will include liquid-cooled cards in their servers “later this year” and that slot PCIe A100 cards will appear in the third quarter of this year. A liquid-cooled PCIe version of the just-announced H100 card (the next generation of the A100) will be released “early 2023.”