by Diksha
in Economy, Trending
0 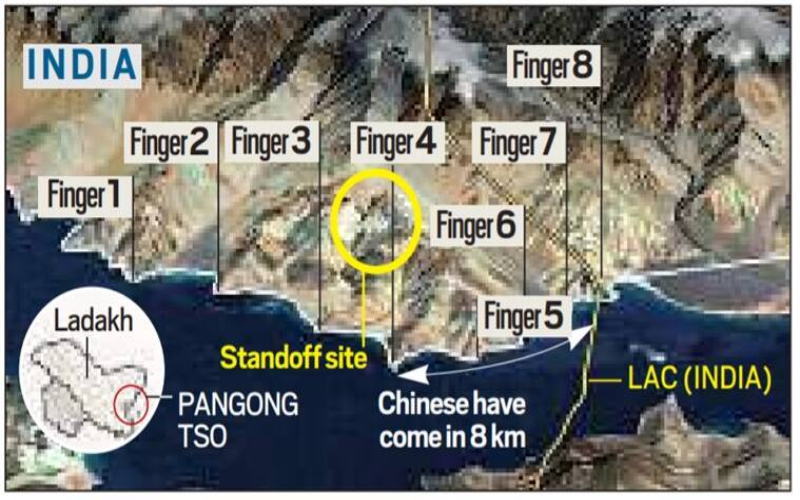 Following the increased activities of the PLA troops along the ridgeline of Ladakh’s Finger 3 at Pangong Tso’s north bank, the Indian Army has started deploying more troops thereon to curb the influx. The PLA seeks to descend further into Finger 4 region. Chinese troops acquired the ridgeline of Finger 4 back in May this year, and are now planning to penetrate further into Finger 3. This way, they can occupy India’s sensitive Dhan Singh Thapa Post. It is reported that around 2000 Chinese soldiers were stationed on Finger 4’s upper reaches on Tuesday. Alarmed by this manoeuvre of the enemy, India deployed more troops in the region.

As per some sources, Indian Army tried at least two times to reach the top position of Finger 3 in the last few days. However, each time the PLA prevented them from doing so. Fortunately, India is dominant now in the region as it has potentially occupied the upper regions to the west and north of the PLA’s positions.

No progress is seen in Ladakh after Galwan valley disengagement and the deadly faceoff of the troops of both countries around Hot Springs-Gogra Post, in mid-July.

Since then, the Chinese Army has increased artilleries and troops in each friction point. Also, they have restricted the Indian Army from accessing its old patrolling points.