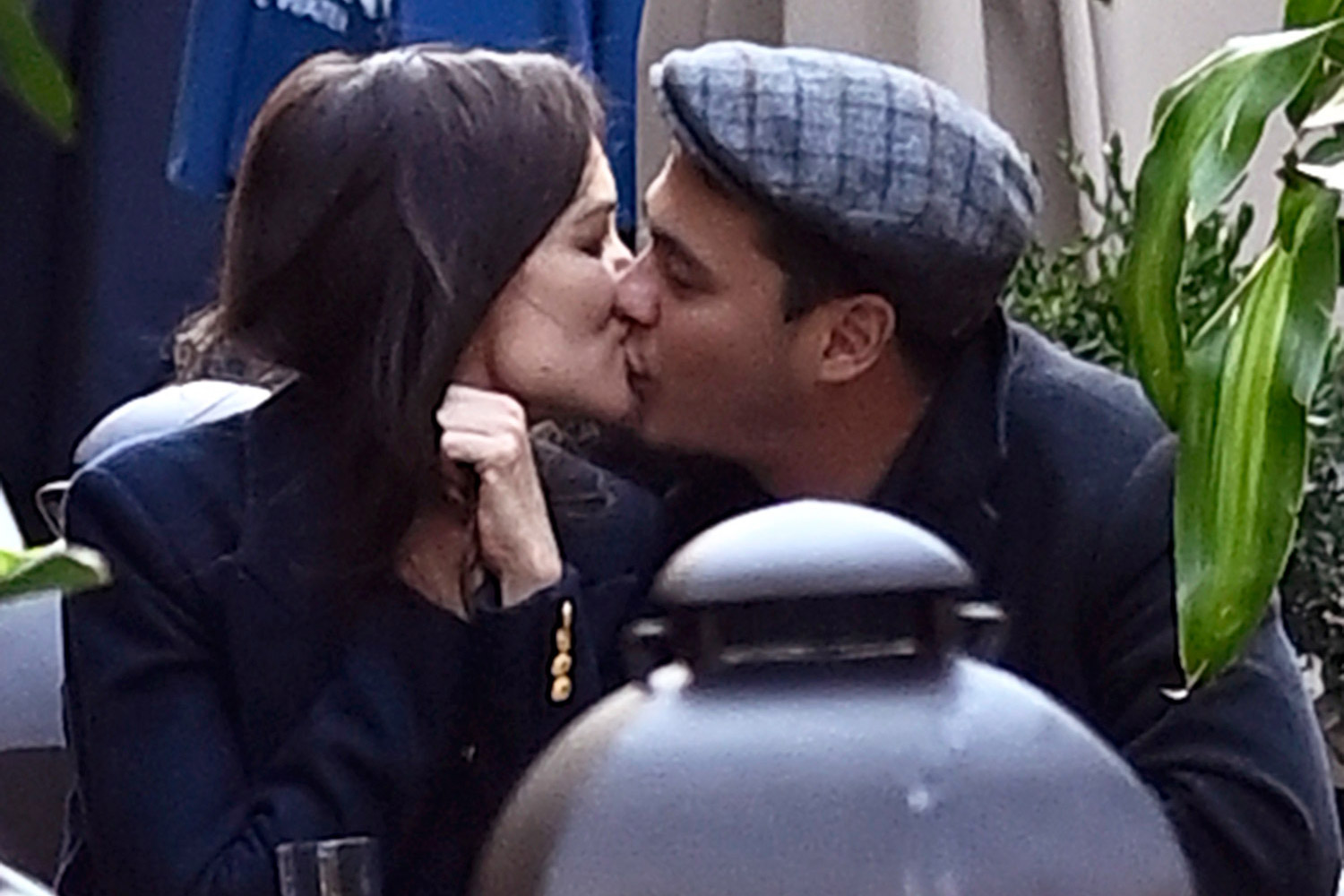 Katie Holmes who was never in for public displays affection was seen kissing her Chef Boyfriend Emilio Vitolo Jr. at a Dinner Date. In her Past relationship with Jamie Foxx, she was very private and only on rare occasions we have seen them kissing.

But it is different with Emilio Vitolo Jr. who is a Chef and Co-owner of Emilio’s Ballato in New York. The couple was first seen in a Mediterranean Restaurant and their pictures of holding hands went viral. The viral was to this extent that Katie Holmes was named as “Queen of Public Makeouts.”

From the starting of the month, we have seen Holmes and Vitolo showing their affection for each other in public. We can list the places where they have seen showing their love in Public.

Yesterday they were spotted at a New York restaurant where they were seen kissing on the table. Pictures of Vitolo feeding Holmes virally hit the internet.

If we talk about the list of places they were seen together then we can start with their date at Antique Garage in Soho. Where they were seen holding hands and kissing.

The Next date was in Peasant Restaurant in Nolita where we have seen a little more of what we have seen in Soho. On this date, Holmes jumped to Vitolo’s lap to kiss him.

The next date was a Ferry ride on the East River and booked a Bench at Central Park. According to ‘People’ both take out their face masks and kiss each other for several minutes. The date was confirmed with the picture by the outlet where Vitolo was seen in his signature Newsboy cap.

How they haven’t visit Emilio’s Family Restaurant in New York and show their love. So their next date was in Emilio’s Restaurant which is their favourite place to go. Their couple was seen showing PDA also.

There must be many places we haven’t covered where they showed their love for each other. But we hope everyone could find such love at this time of social distancing and quarantine.