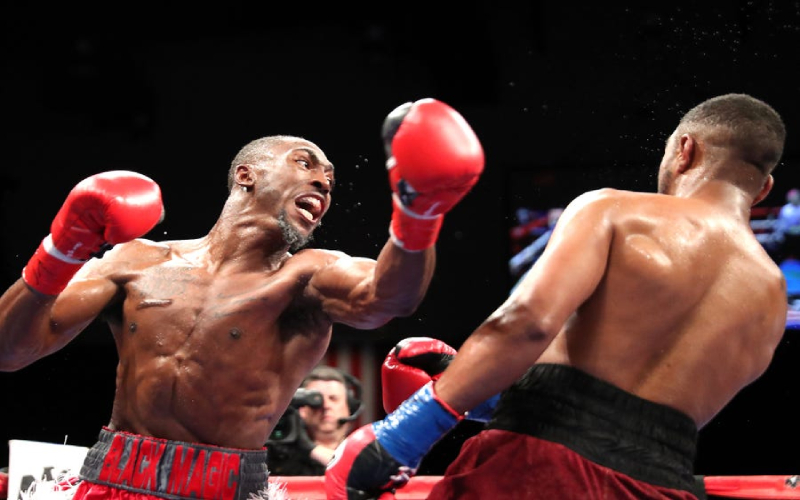 According to the Texas Department of Public Safety, Mazion died around 9:40 p.m. in a car crash. This Wednesday he was in 2010 Cadillac STS. All of a sudden he crossed the center median into approaching traffic and this is when the mishap took place.

Sad news for the fans!

Nothing is clear as of now about the off course action of Mazion and law enforcement agencies are still looking for evidence. Officials feel that he suddenly struck a Nissan Sentra’s rear quarter panel before eventually heading for a head-on collision with a Honda Pilot. The young boxing star was pronounced dead at the spot. The driver was a 61-year-old man. He was pronounced deceased later on at a local hospital.

Golden Boy Promotions of Oscar De La Hoya has expressed immense sorrow on the demise of their star fighter Travell Mazion. The incident has surely left everyone shocked in disbelief.

The charismatic and kind man was well known for adding life to every room where he went. He has a huge fan following and admirers just adored him when he was inside the ring.

“Black Magic” is no more.

Travell Mazion is also well known as Black Magic. The Austin car crash and his demise have come as a shock to the entire world. He was only 24 years old and had a long way to go.

Tributes from every corner of the world.

Boxer Vergil Ortiz Jr. finds it rather tough to believe that the Travell Mazion is no more. According to him, Mazion was a talented boxer and he always loved to watch him fight inside the ring.