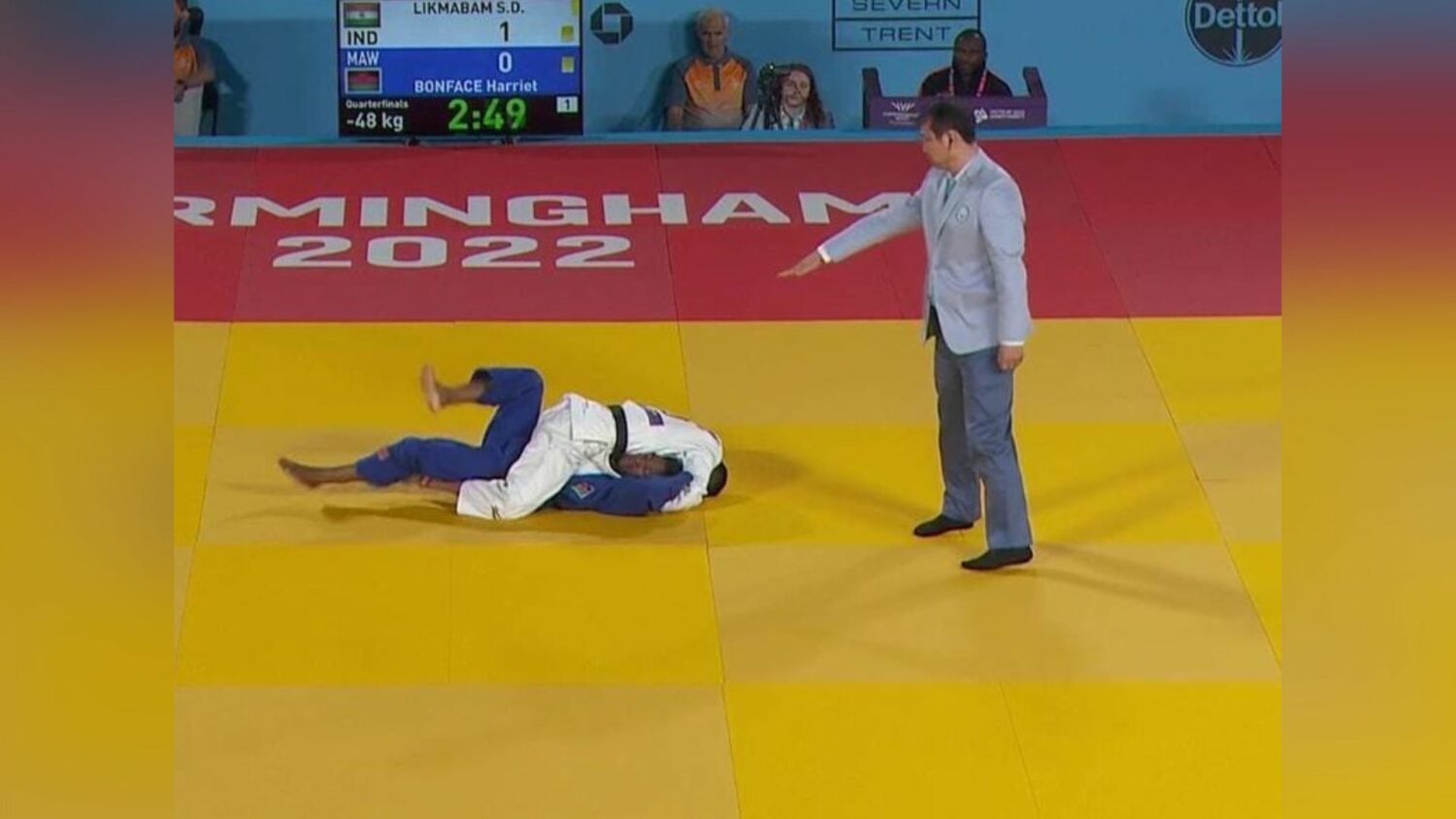 Birmingham: Indian judoka L Shushila Devi secured the country a medal after she advanced to the women’s 48kg final by beating Mauritius’ Priscilla Morand at the Commonwealth Games here on Monday.

The 27-year-old from Manipur defeated Morand with an ‘Ippon’ to set up a gold medal clash with South Africa’s Michaela Whitebooi.

Ippon is a move in which a contestant throws his opponent to the mat with considerable force and speed so that the opponent lands on his back. An ippon is also awarded when a contestant immobilizes his opponent for 20 seconds with a grab hold, or when an opponent gives up.

Shushila, a sub-inspector with the Manipur Police Department, had advanced to the quarter-finals with a win over Harriet Bonface of Malawi earlier in the day.

In the men’s 60kg jump-off, Vijay Kumar Yadav put in an excellent performance to advance to the bronze medal match with a win for ‘Waza Ari’ over Scotland’s Dylon Munro.

A ‘waza-ari’ is awarded after a player throws his opponent with control and accuracy, but not to the extent of an ippon.

Yadav, 26, who won the Commonwealth Championships in 2018 and 2019, had lost to Australia’s Joshua Katz in the quarterfinals, but made up for it in the rematch. He will face Petros Christodoulides from Cyprus in the bronze medal match.

Jasleen Singh Saini will also fight for a bronze medal after losing the men’s 66kg semi-final to Scottish Finlay Allan.

Saini, who sailed into the semi-finals earlier in the day, lost after the Scotsman performed an ‘Ippon’ in a match that lasted just under two and a half minutes.

However, 24-year-old Saini has a chance of a podium place as he battles for the bronze medal in the play-off later tonight against Australian Nathan Katz.

Suchika Tariyal has already reached the bronze medal round after beating South Africa’s Donne Breytenbach in the women’s 57kg repechage.

India had won two silver and two bronze at Glasgow 2014, their best judo show ever.