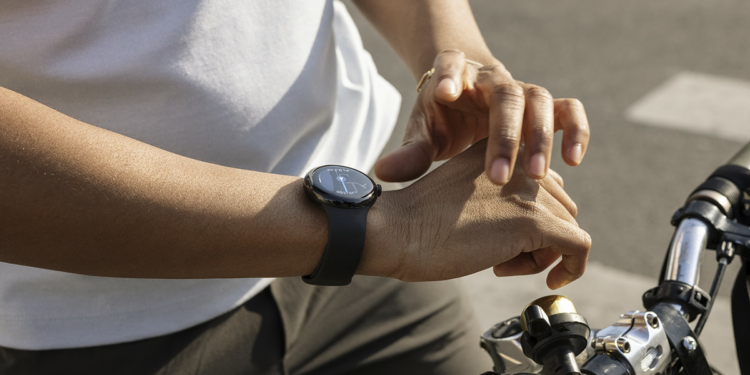 Earlier this week, Google confirmed what we’ve long suspected: the Google Pixel Watch is coming later this fall. And while we got to know some of the details, the reveal was more of a teaser than a full-blown announcement. Some of that was to be expected, and of course the coming months will be full of speculation about what the final shape of the Pixel Watch will be. But one thing that Google needs to get right is the chip in it.

It’s clear, from the design of the Pixel Watch to the company’s massive effort to reimagine Wear OS, that Google is trying to make a flagship Android smartwatch that can give the Apple Watch a run for its money. The thing is, Wear OS’s slow evolution wasn’t just on Google. For several years, Wear OS was hampered by a lack of capable processors.

Most Wear OS watches run on a Qualcomm Snapdragon Wear chip. A few spin on their own chips, but those are an exception to the rule. At a time when Samsung and Apple were rolling out advanced smartwatch Features left and right on increasingly powerful SoCs, Qualcomm understandably puts more effort into its mobile chips than portable chips. That left Wear OS without a processor that could keep up. The watches were laggy, downloading apps on the wrist could be tedious and at times it felt like the watch was fighting you.

There are many reasons why Wear OS has struggled to gain a foothold, but there are two main factors that have led it to where it is today: software that is not often updated and this chip problem. Fixing either one would be a bumpy ride, but Wear OS 3 is at least a collaborative software effort. The hardware issue is a bit more concerning, as Wear OS watches until now have mostly relied on Qualcomm’s chips. And unfortunately Qualcomm didn’t deliver.

There was hope when the Snapdragon Wear 4100 platform was announced, as it used newer (though still outdated) process technology that would allow for faster performance and more modern features. But then it took over a year for a handful of watches to actually use it, and the overall experience still hadn’t improved dramatically.

And when Google and Fossil started explaining how upgrades to Wear OS 3 might work, it became clear that the 3100 wouldn’t make it either. Fossil revealed that none of its 3100-powered smartwatches would get the upgrade to the new unified platform, contrary to popular belief. When Google announced which existing Wear OS watches would be eligible for an upgrade to Wear OS 3, it didn’t just rule out all 3100-powered watches — it also carried the ominous message with others that “in some limited cases, the user experience may be affected.”

The kicker was then a few months after the unveiling of Wear OS 3, Qualcomm announced in July 2021 that it is getting its ducks in line to develop a new 5100 platform within a year. Which should mean the 5100 is almost ready unless it’s delayed.

This leaves us with a big question. What exactly is going to power the Pixel Watch? And will it be able to run Wear OS 3 the way Google envisions it?

Maybe Google will license Samsung’s Exynos W920. Samsung has declined several times to comment on whether that’s a possibility. (Understandable.) Another recent rumor has it that the Pixel Watch will feature Samsung’s latest-generation wearable chip, the Exynos 9110. Or given Qualcomm’s sudden desire to develop a new wearable chip, the Pixel might be one of the first watches are those by the 5100 platform. Or maybe Google is adapting its Tensor chip for the Pixel Watch. We asked Google to comment on the Pixel Watch’s processor, but it declined to comment.

All of these scenarios are difficult to predict. Wear OS 3 worked well on the Galaxy Watch 4, except when it came to battery life with the always-on display. You can’t say the Pixel Watch would suffer the same, even if it has the same chip. It’s going to run a revamped version of the Wear OS 3 UI and probably won’t use the exact same components. Leaks are already suggesting that the battery sizes are different. The watch running on the older Exynos 9110 may be potentially disappointing, but it’s not the end of the world either. The Samsung Galaxy Watch 3 ran Tizen quite smoothly – and Wear OS 3 is at least partially Tizen. As for battery life, the Galaxy Watch 3 wasn’t anything to write home about, but it was, at least in my experience, better than its successor.

Opting for a Tensor chip would be intriguing – partly because we wouldn’t know what to expect, but also because Google wouldn’t be limited by a third party. As for a Qualcomm 5100 chip, it’s hard to be hopeful based on the past.

That said, Qualcomm could surprise anyone, and it’s hard to imagine Google getting a sub-chip if it’s been actively and continuously laying the groundwork for the Pixel Watch for over two years now. That would be flopping if it counts the most.

Obviously, we won’t know what the chip will be until Google confirms it later this year. But one thing is certain: Wear OS 3 cannot repeat the mistakes of the past. It’s not the end of the world if the Pixel Watch doesn’t come with FDA-approved EKGs, body temperature sensors, and every experimental health feature under the sun. (We also asked Google about this, but it again declined to comment.) That can always come later. What it can’t afford is slow performance and terrible battery life.

The only way to judge Google’s success (or failure) is to test the Pixel Watch itself. But knowing what powers it would at least give you an idea of ​​what to expect.