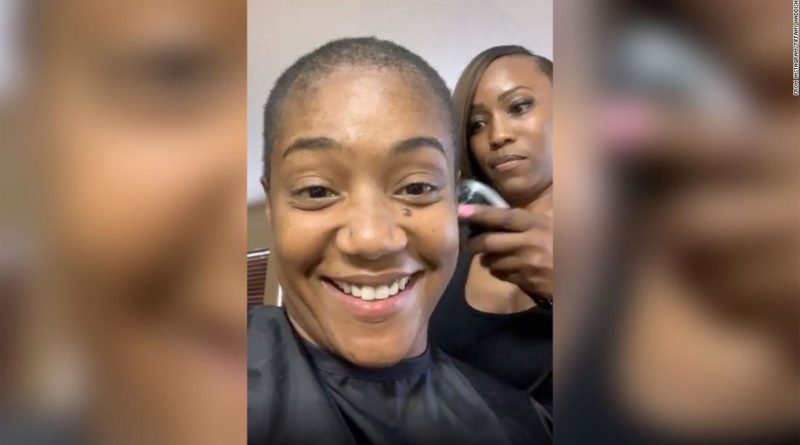 One of the famous comedians and actors, Tiffany Haddish recently chopped off her long hairs. She went live on Instagram this Tuesday and showed her a new look to the followers. After cutting her long dreadlocks by herself, she then handed over the scissors to her friend who, with the help of clippers, completed the process. Her fans watched the whole process of her head-shaving on Instagram live.

Thereafter, she uploaded a series of videos on her Instagram account revealing her new looks. When fans asked her why she did this, then Haddish said that she was willing to do this for a very long time. But somehow people did not let her do so. But now she forgot about everyone and shaved her head.

According to the sources, she also mentioned the reason behind this. She said that she is very fond of her body, she knows about every mole on her body, but she hasn’t seen her scalp ever. So, without thinking deeply she took the scissors and chopped off her long black hair. She told me that she will now be saving her 2-3 hours a day, as she does not have to wash, comb, and style her hair now. She is loving her new look.

Moreover, many celebrities also commented positively on her social media post. Sza commented that she is looking pretty as hell, whereas other celebs like Viola Davis complimented her as beautiful. After receiving this kind of support from her fellow actors, she is feeling more confident. Haddish has 100 moles in her body and she is wondering how many she has on her scalp? She wanted to do this for a very long time and finally, she did.

Related tags : Tiffany Haddish is in love with her new looks after shaving her head!
Go to mobile version