White House Blames Anthony Fauci for Coronavirus Spread in US 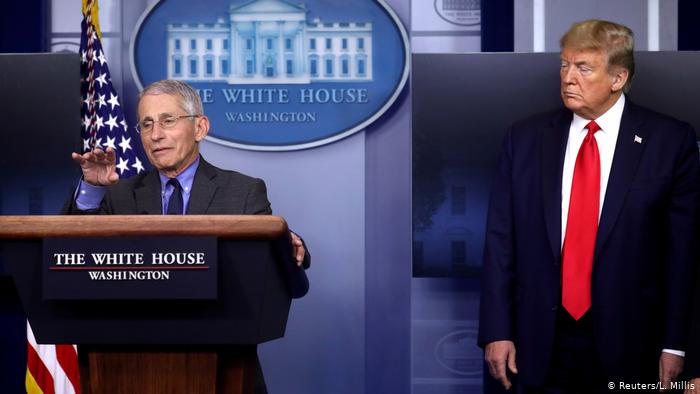 Coronavirus has breached every wall and killed millions of people all around the globe. But, In The United States of America, the cases and death percentage is far more ahead than any other country in the world. And, Recently, White House officials said that this all happened due to Dr. Fauci.

Dr. Anthony Fauci is a White House health advisor, and Director of NIAID (National Institute of Allergy and Infectious Diseases). According to the sources, in January, he addressed that Corona is not a deadly virus and people do not have to worry about it as it will not be a major threat. He also said there is no need to wear masks. However, later on, he changed his advice.

Many White House officials have confirmed that this is not the first time that Fauci is wrong. He has done these kinds of mistakes earlier also. People took his warnings and advice on Coronavirus seriously, and that led to the death of thousands of people.

No comment has been given by Fauci after hearing about the remarks by White House. Yesterday the officials also declined to say anything about the doctor. However, a member of the Coronavirus task force said that Fauci is a respectable person, but in the case of a nation’s interest, his point of view is very narrow. Now, White House officials and people are questioning that if Trump still has confidence in Dr. Fauci or not?