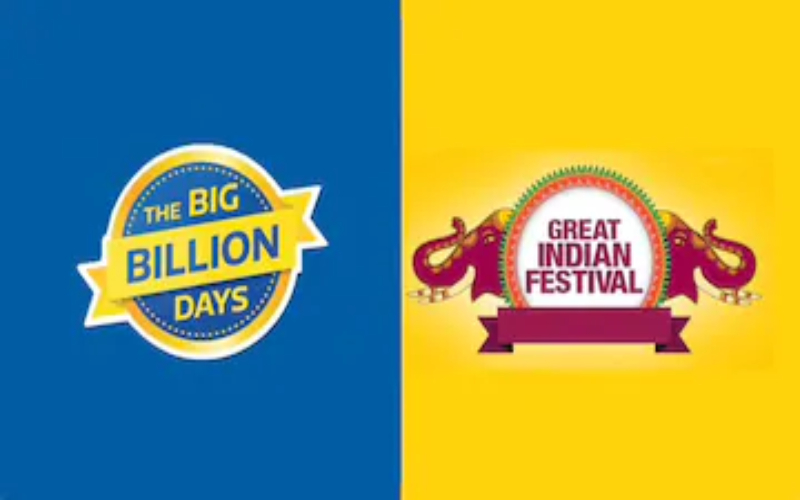 It is estimated that the income generated by the online retailers will be over Rs 47,900 crores from sales that would take place between 15th October and 15th November, as per an industry forecast on consumer spending. Seventy-five percent of which is earned in the first week itself as both Amazon and Flipkart have their annual festive sale during this time.

As per the forecast near about 5.5 to 6 crore, buyers would participate in the sales, which will soar up the profit margin for the online retailers, where their growth would be 34% each year. Smartphones top the list with a share of 34%, followed by electronic items and computers, fashion, appliances, furniture, and groceries at 17%, 16%, 14%, and 6% respectively.

The online retail giant, Amazon has said that it has had the biggest sale opening this year. Due to the pandemic and lockdown effect, online buying has increased. Also due to the cash crunch as an effect of pandemic disruption, people want to make deals at the best price possible on such platforms. Undoubtedly though, this has had a worse effect on brick and mortar stores.