by Jaya Bharti
in Entertainment, Trending
0 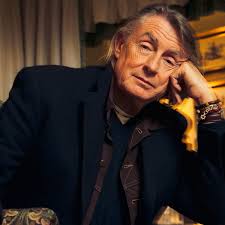 Joel T. Schumacher rose to fame after directing three hit films: St Elmo’s Fire (1985), The Lost Boys (1987) and Flatliners (1990). Costume designer-turned-director passed away at 80. He was 80 and was suffering from cancer for a year.

Schumacher started off as a costume designer for 1970s films such as Woody Allen directorials ‘Sleeper’ and ‘Interiors’, along with ‘Blume in Love’, ‘The Prisoner of Second Avenue’ and ‘The Last of Sheila’.

Schumacher then turned writer in the late ’70s on ‘Sparkle’, ‘Car Wash’ and film adaptation of Broadway musical ‘The Wiz’, and made his directorial debut in 1981 with sci-fi comedy ‘The Incredible Shrinking Woman’, featuring Lily Tomlin in the lead.

Schumacher worked with some of the biggest names in Hollywood, including Tom Cruise, Julia Roberts and Michael Douglas. He directed Douglas in 1993’s Falling Down, which was nominated for the Cannes Film Festival’s prestigious Palme D’Or.

His film adaptation of Andrew Lloyd Webber’s musical The Phantom of the Opera, which received three Oscar nominations despite lukewarm reviews, was among his last films.

Schumacher also received the Distinguished Collaborator Award from the Costume Designers Guild in 2011 and that same year shared a Daytime Emmy Award nomination for the mental health documentary ‘Half of Us’.

Chris D’Elia, ‘Workaholics’ Episode of Molesting a Child has been Removed from Amazon, Comedy Central, and Hulu

Chris D’Elia, ‘Workaholics’ Episode of Molesting a Child has been Removed from Amazon, Comedy Central, and Hulu