Another Chinese City goes into Lockdown Amid New COVID-19 Threat 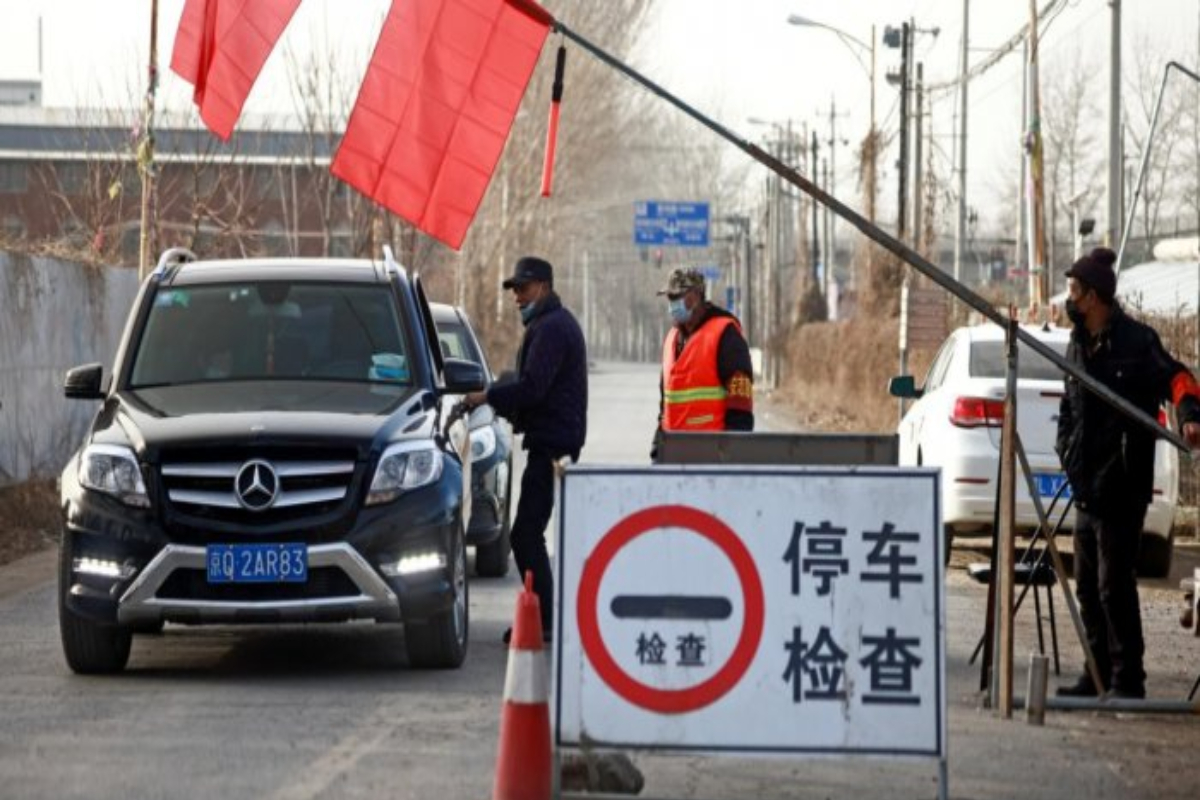 In the latest attempt to curb the spread of coronavirus, the city of Langfang in Heidi said that it shall put its 4.9 million residents under home quarantine for a week and also conduct mass testing. The authorities in China have introduced new rules in the areas surrounding Beijing on Tuesday, as traces of new infections raised worries regarding a second wave in the nation.

The cases in mainland China have dropped to almost half from a day earlier and remain a small fraction of what it was at the beginning of the outbreak of the pandemic in 2020. However, the local authorities have implemented strict restrictions whenever there is an emergence of new cases, as a measure to prevent the kind of economic paralysis which was experienced a year ago.

There were 55 new cases on Tuesday, down from 103 a day earlier. Hebei province itself accounted for 40 out of 42 locally transmitted infections, with the capital and northeastern province Heilongjiang reporting one local case each.

Two countries that come under Langfang’s jurisdiction- Guan and Sanhe, bordering Beijing have already announced the home quarantine curbs. The hardest hit in the latest surge is Shijiazhuang, Heibi’s capital. It has already put its 11 million people under lockdown. The province has also shut off various sections of highways and has ordered vehicles registered to Shijiazhuang to return.

More than 20000 people who live in 12 remote villages have been gathered for a centralized quarantine in Shijiazhuang’s Gaocheng district. The Xicheng district’s authorities have said that the confirmed case from Guan works at a building in the district.

The taxi and ride-hailing operators were asked to suspend the car-pooling services, as a new guideline issued by the Beijing Center for Disease Prevention and Control recommendation. In order to work, the drivers shall get a nucleic acid test done every week and also get vaccinated.

The authorities in Wuhan, have launched a contact tracing work after two infected people from Heibi had visited the city. It is noteworthy that it is the same city where COVID-19 firstly emerged in late 2019. Across the whole of China, the number of new asymptomatic cases rose from 76 to 81 a day before.

The total number of cases reported in China is now 87,591 and the death toll is still unchanged standing at 4,634.

Where is 2021 Super Bowl: Location, Stadium, Time, Date, TV Channel, How to stream, and All the Details Inside

Samosa Launched into Space, Know Where did it make a crash-landing?

Samosa Launched into Space, Know Where did it make a crash-landing?