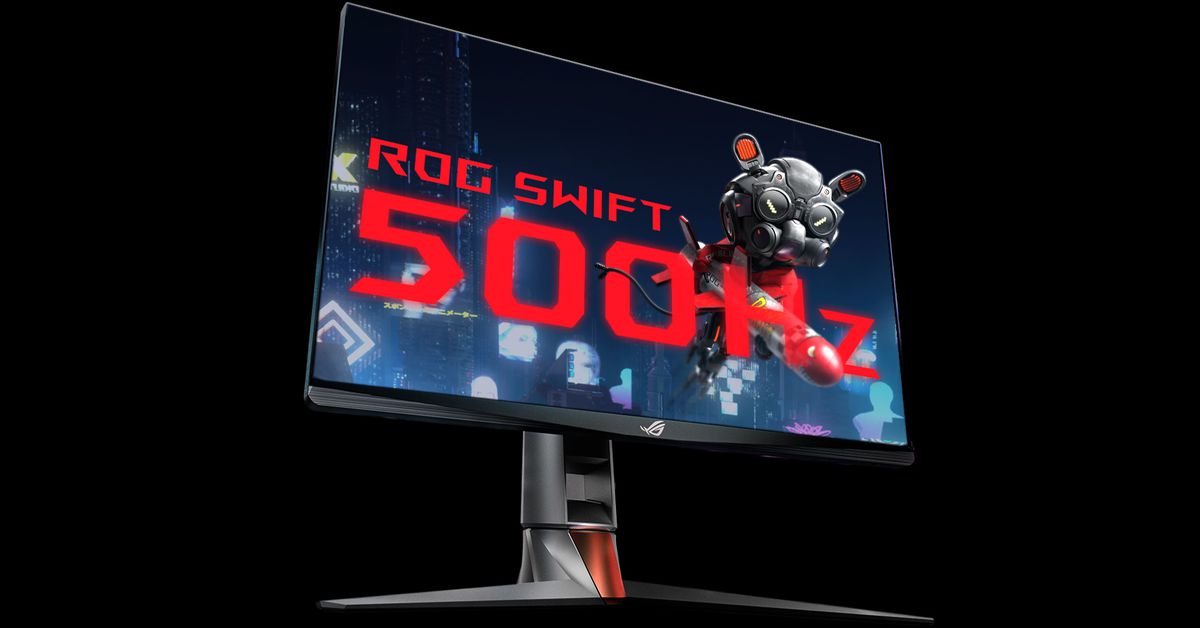 Nvidia and Asus today announced the world’s first 500Hz G-Sync display at Computex 2022. While we saw a prototype 500Hz gaming monitor earlier this year, Asus promises a 24-inch 500Hz TN panel designed for esports titles running at 1080p. However, Asus has not yet announced pricing or a release date for its new ROG Swift 500Hz monitor.

The announcement comes just over two years ago when Nvidia and Asus teamed up to introduce 360Hz gaming monitors for esports at CES 2020. PC gamers have typically bought 144Hz gaming monitors, and even 240Hz panels are still not particularly common. So 500Hz may sound like an exaggeration, but Nvidia claims it will make a difference for competitive gamers who want the best of the best.

Nvidia has used the impressive Phantom VEO 640S motion camera to prove its point. This camera is equipped with 72 GB RAM for recording Valorant gameplay up to 1,000 fps. Nvidia claims this new 500Hz monitor will make target tracking easier thanks to smoother animations, and less ghosting should minimize distractions during games. The real key with any monitor with a high refresh rate is reduced latency, and Nvidia claims you can see players peeking out of their cover faster than someone using a 240Hz or 144Hz monitor.

Of course, to power a 500Hz monitor you also need a powerful gaming PC and GPU. Rumors suggest that Nvidia will launch its next-gen RTX 4090 card this summer, which would be an ideal companion for a 500Hz panel. Asus’s ROG Swift 500Hz monitor is 1080p, meaning games like CS:GO† Valorantand overwatch should be able to hit the frame rates needed to really take advantage of a 500Hz panel with a high-end GPU.

If 500Hz still sounds like an exaggeration, Nvidia also announced new G-Sync monitors earlier this year that let you choose between 1440p and 1080p modes. The 27-inch esports displays have refresh rates up to 360 Hz and a dedicated 25-inch 1080p mode.