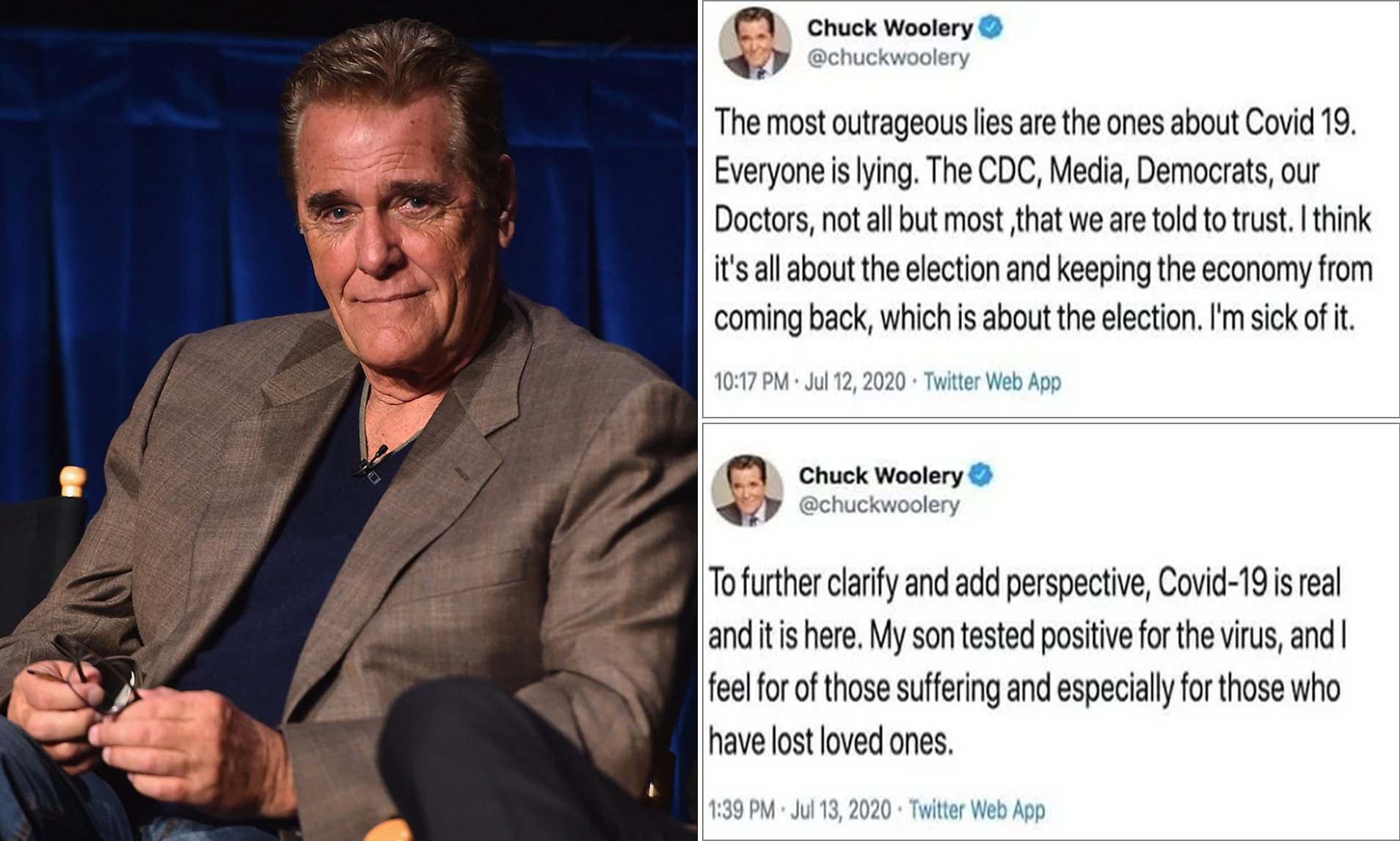 Chuck Woolery’s s son tested positive for Coronavirus. Mark Young told CNN that “Chuck’s son is fine and asymptomatic.” Chuck last Sunday write the tweet which was retweeted by President Donald Trump saying “The most outrageous lies are the ones about COVID 19. Everyone is lying. The CDC, Media, Democrats, our Doctors, not all but most, that we are told to trust. I think it’s all about the election and keeping the economy from coming back, which is about the election. I’m sick of it.” Chuck Deactivated his account on Wednesday.

Chuck’s last tweet goes like “Covid-19 is real and it is here. My son tested positive for the virus, and I feel for those suffering and especially for those who have lost loved ones.” On clearing his statement about “Blunt Force Truth,” the political podcast he cohosts, Chuck said he “never said Covid was a hoax, but it was the only way” his critics “could really twist and use it against me. There’s nowhere I used ‘hoax’ or ‘it’s not real’ or anything like that. I just said we’ve been lied to. My son has it, so hopefully, he’s fine,” he added.

in the podcast, Chuck said that it was “an honor to have your president retweet what your thoughts are and think it’s important enough to do that.

Mark young confirmed that “Woolery wanted a break from social media, so he deactivated his Twitter account. Woolery’s account “is not gone. He is just taking a break from the abuse he has received from thousands of intolerant people who purposefully mislead people on his statement, including the media.”