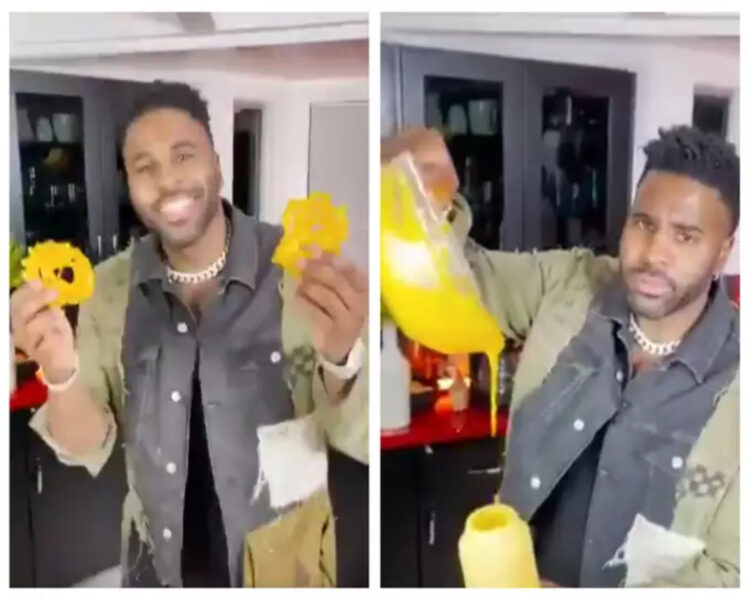 While sharing the video, Jason Derulo wrote, “For those of you not familiar with a Jalebi.”.

Jason Derulo recently filmed himself cooking jalebis, a popular sweet dish. Now people are raving about the dish as a result of his video. Chances are, you will crave hot jalebis after watching the video.

He makes jalebis from scratch in the video. Background sounds include Jalebi Baby, a song by Tesher.

Throughout the video, Jason Derulo demonstrates how jalebis are made. Milk is boiled, dry ingredients are sieved, food colour is added, and jalebis batter is prepared. Following their frying, he dips them in sugar syrup and serves them. His accomplishment of making the jalebis applauded by many desi Twitter handles, but it was also surprising. A netizen published a video of Indian stand-up comedian Varun Grover commenting, “I’m more interested in knowing where he got the kadhaahi.

As a result of its rich flavors and because of chefs like Vikas Khanna and Sanjeev Kapoor who are bringing India’s cuisine to the world, Indian food is slowly gaining importance and gaining popularity. Many Hollywood celebrities have talked about how much they adore Indian food in the past, such as Julia Roberts and Lady Gaga. YouTube users have always reacted differently to new videos and tweets that relate to Indian culture, and one of these was Jason Derulo’s.

His video explained what a Jalebi is for those who didn’t know. Jalebi baby’s creator was also tagged.

Take a look at the video: