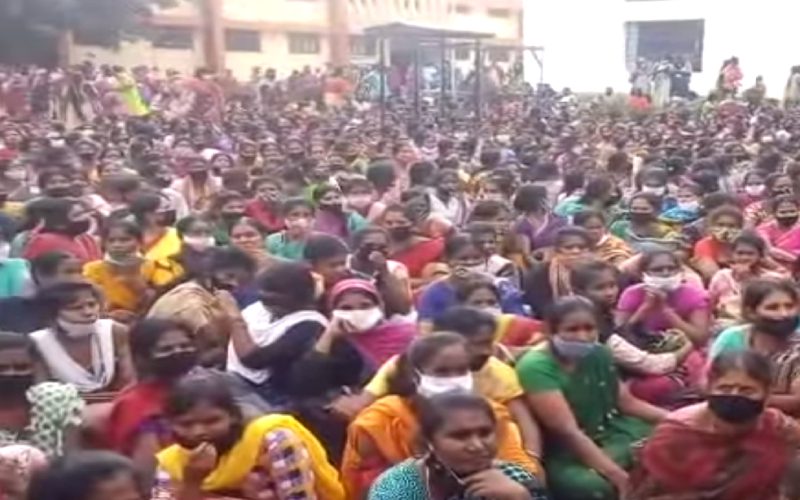 There was a protest outside the Euro Clothing Company H&M, as they canceled their orders owing to the pandemic. The cancellation has left more than 1000 people unemployed. The sacked workers were not given any sign or warning before losing their jobs.

Weeks after the factory is shut in Sriranagapatna, Karnataka; the workers are still protesting outside it. When the factory was shutting down on June 6th at 5.30 pm, all the 1200 workers were told that they all are laid off with immediate effect.

It was announced that they would be paid half of their outstanding wages and that the factory will no longer be operational. The notice read that the decision to lay off the workers at the particular plant has been taken to keep in mind the interest of the plant and save the employment of the workmen.

Gokaldas Exports, who owned the plant, said that they are forced to shut the plant due to the cancellation of orders from the global buyers due to the pandemic disruption.