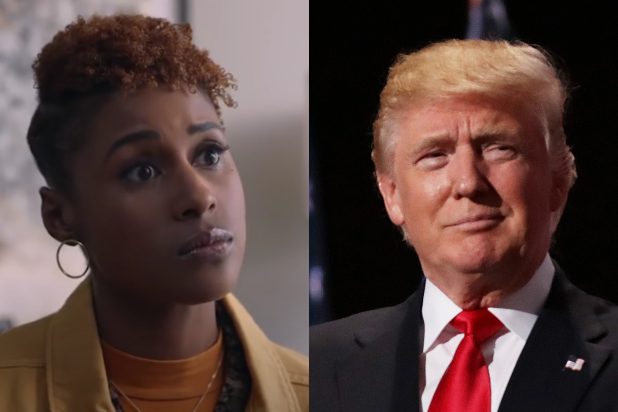 Is Donald Trump the president of America a secret fan of the great actor of the comedy series “insecure”, Issa Rae’s? This is the question which was asked after it was discovered that the President of the United States, Donald Trump, liked a post on Twitter which was about Rae’s series. Trump, through his account, liked the post on June 7 about the ultimate episode of “Insecure” Season 4.

The episode ended with an explosive conflict between the main characters Issa and Molly (Yvonne Orji). A gif from “The Color Purple” which was used to express disappointment in Issa and Molly’s friendship. Rae questioned trump by saying “What the fuck is this? She asked this when she noticed that trump has liked the post related to “insecure”.

After this, co-star Kumail Nanjiani reacted by saying that he had found a common thing with Trump that we both are big fans of Issa Rae. Replying to this, Issa Rae sent a gif to Kumail which reads “shh don’t.  Now for Trump, It is not proved that whether it is or not, the “Insecure” favorite tweet was deliberate or a mistake. The president has never said that Issa Rae’s series is one of his favorites before the linked tweet.