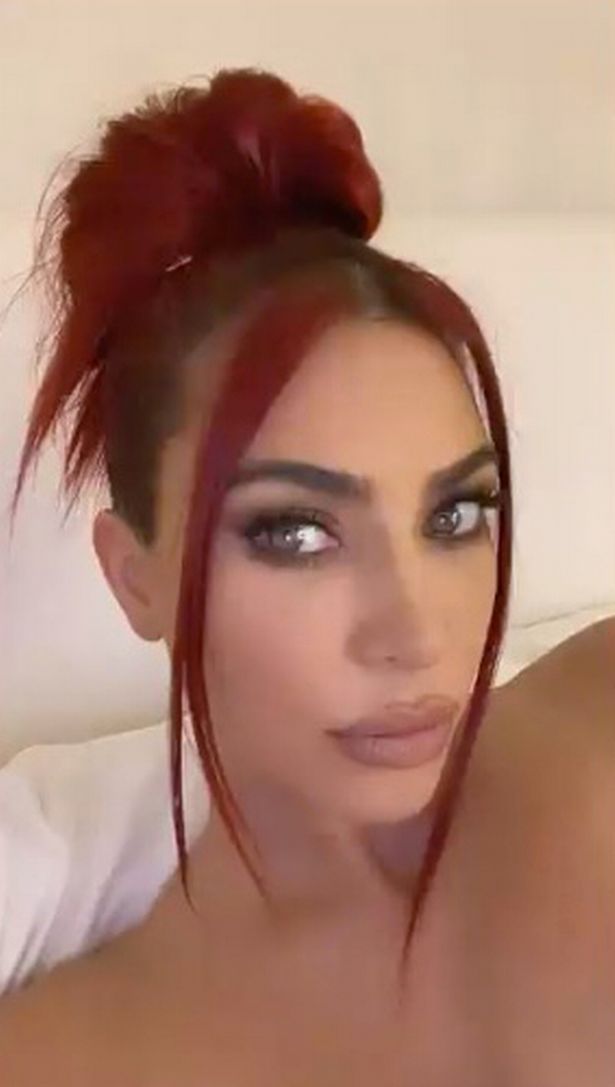 One of the well-known celebrity, Kim Kardashian, recently got savaged by a fan on social media. The celebrity who got famous from Keeping up with the Kardashians uploaded a photo of herself in a new look, and fans started criticizing her in the comments section. In the photo, the mother of four children can be seen in a new look. She dyed her hair in red color.

However, she is not happy with the reactions of her fans. The 39-year-old celebrity uploaded the photo on her Twitter account. And after a few minutes, one fan commented that red hairs do not suit her, she looks older in the new dramatic look. And after that, she received a lot of comments regarding her red hair.

People know that she had a feud with Taylor Swift, and she released an album named Red, so people started saying that Taylor’s Red is surely better than hers. However, not all comments were negative, but some fans also loved her new style.

One Instagrammer user @readmycommentsk also left a comment which says, “Never thought I see the day where Kim’s a redhead, can not believe you did red without making it look trashy.It is arguably an unusual color to adopt in lockdown, it demands a lot, essential steps such as daily masking or semi-lasting top-ups.