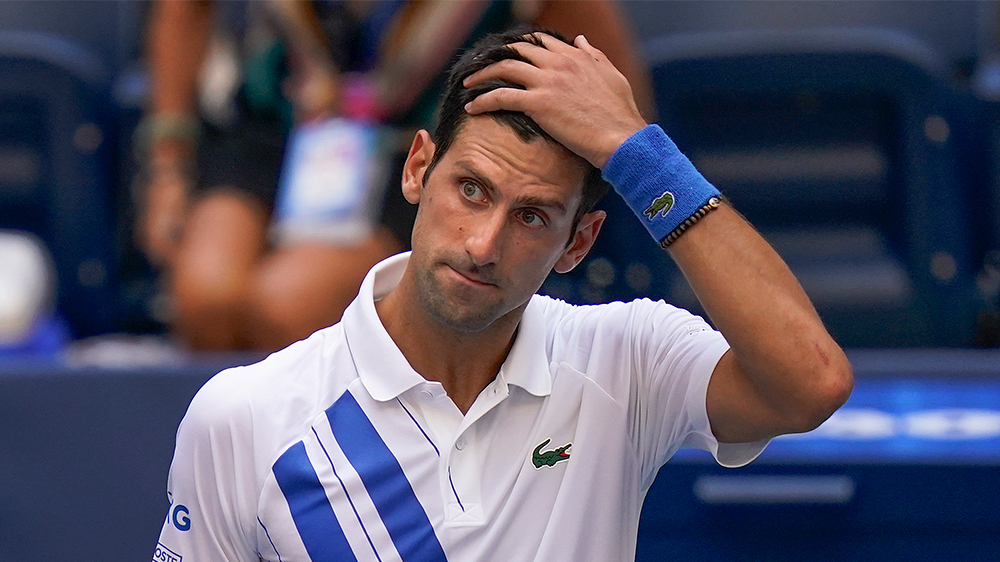 Novak Djokovic the No.1 Tennis Player disqualified from the US Open because of hitting the line judge with a ball on Sunday Match.

On Sunday at Arthur Ashe Stadium Novak Djokovic’s Match was against Pablo Carreno Busta and they were in their fourth-round where Novak in a fit hit the ball that accidentally drops on the Line judge. From the starting of the match, he was on the losing side with 5-6 score and then he took the medical break for trouble shoulder. Even after the break, he was losing the game.

According to the tournament’s website, Djokovic hit the ball with frustration and anger and the line judge being hit subsequently.

Several photos and videos have been released of him rushing for the aid after he realised a line judge being hit by the ball. Watch the video showing the event of him hitting the line judge-

USTA (The United State Tennis Association) who is in the supreme power to take all the decision related to Tennis in America, released a statement of disqualifying Noval Djokovic. In the statement, the association blamed Djokovic saying “following his actions of intentionally hitting a ball dangerously or recklessly within the court … with negligent disregard of the consequences.”

On Instagram describing the situation, Novak Djokovic wrote: “This whole situation has left me really sad and empty.”

He carefully didn’t mention the line judge name but wrote that she is “feeling ok.” He further apologizes for his behaviour and wrote “I‘m extremely sorry to have caused her such stress. So unintended. So wrong.” “I need to go back within and work on my disappointment and turn this all into a lesson for my growth and evolution as a player and human being.”

Fans will be very sad hearing the news but we hope that Novak Djokovic’s come back will be powerful. We wish speedy recovery for his trouble shoulder.

The Inside Story: Indian offensive to retake Chinese seized territory

The Inside Story: Indian offensive to retake Chinese seized territory