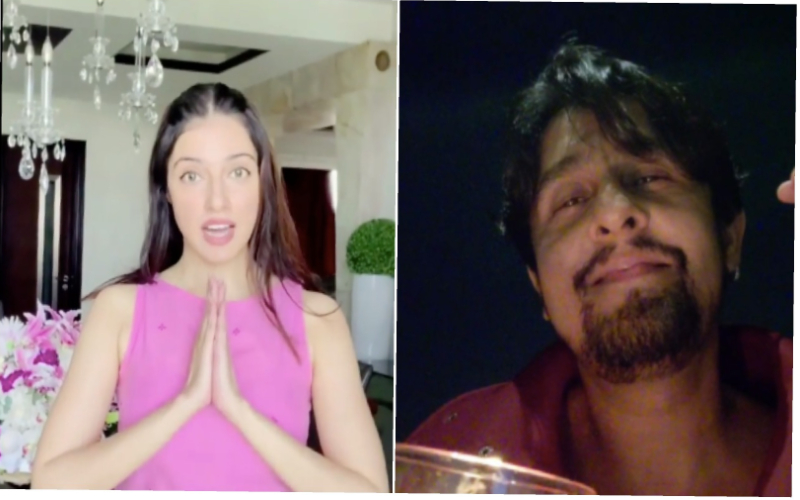 Actor Sushant Singh Rajput’s heartbreaking demise has led a new wave on social media against nepotism and the world of “movie and music mafia”. Recently the renowned singer Sonu Nigam highlighted the fact that there are bigger mafias in the music industry as well. It is completely controlled by two music companies.

The 46 year old singer has received support from colleagues Alisha Chinai and Adnan Sami. Their statements through the Instagram Timelines lay emphasis on the fact that the industry, both movie as well as music, requires a “big shake-up”.

Things took an ugly turn when the music mogul’s better half slammed Sonu Nigam for selling “lies”. All this happened when the celebrated singer spoke against favouritism in the glamour world and his name was maligned for the same.

Things were taken to an altogether new level when Divya Khosla Kumar accused Sonu Nigam of selling lies. She said that the false allegations are a part of the campaigns which are trying to play with the minds of the viewers.

Also, she stated that Nigam is an absolutely thankless person and has forgotten the indispensable role played by T-Series in his career as a budding singer.

In response to Divya Khosla’s video, Sonu Nigam taunted her for blocking comments on the social media platform. He shared her 11.50 minute long video followed by the taunting comment.

Topics related to groupism, nepotism and movie mafia are gaining a lot of attention after Sushant Singh Rajput’s suicide on 14th June.

All said and done such type of controversies are here to stay with the ongoing “outsider and insider” debate. Several celebs are now choosing to speak openly about hurtful experiences and the ugly face of the world of glitz and glamour.