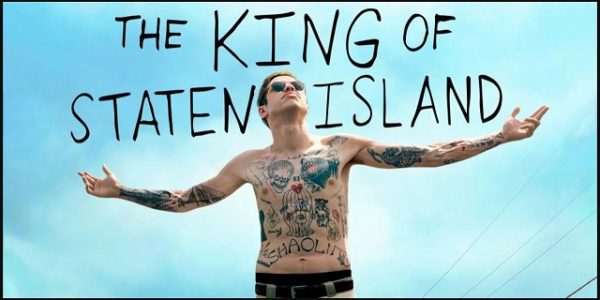 The King of Staten Island, This movie is a semi-autobiographical comedy-drama about Pete Davidson who grows up in an Island. It also includes how he lost his father during 9/11 and how he entered the world of stand up comedy. This movie is released on 12 June 2020. The Director of the movie is Judd Apatow.

The Music director of this movie is Michael Andrews and the Production company of the movie is Apatow Productions.

Review of The King of Staten Island

First of all, This movie is based on a true story about Pete Davidson. At the age of seven, his father died. His father was a firefighter, who died in the September 11 attacks. The September 11 attacks were a series of four terrorist attacks by the Islamic terrorist group which was called al-Qaeda. This attack was against the United States on the morning of Tuesday, September 11, 2001. After his father’s death his widow mother Margie (Marisa Tomei), starts dating somebody and kicks him out.

The person she was dating was also a firefighter. After this all, Now Margie Margi pampers him and works two nursing jobs. Until a person from Italy gave him the job of a busboy, Scott works none, and after this, he spends a lot of time in denting sofas with his stoned, drug-dealing homies (Ricky Velez, Moisés Arias and Lou Wilson). His sister, Claire (Maude Apatow), who goes to college, and his mother’s new boyfriend  Ray (Bill Burr) who makes Scott walk his two kids to school.

This story is all about how Pete gets into Saturday night live and about his journey from a tattoo artist to a great comedian. On special demand, this movie Was released publicly on TV.